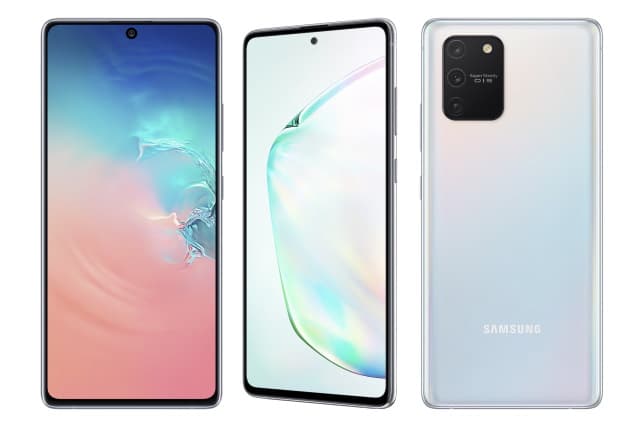 Ahead of CES, Samsung has revealed two new additions to its range of Android smartphones. The Galaxy S10 Lite and Note10 Lite are cutdown, cheaper versions of their expensive flagship stablemates.

But while these are not as feature-packed or powerful as the fully fledged Galaxy S10 and Note10, they are pitched as upper mid-range devices. Samsung is making much of the phones' cameras and display -- hardly surprising when the 6.7-inch handsets both feature 32MP units on the front and a trio of cameras on the rear.

With the same edge-to-edge Infinity-O display to be found on each phone, the main differences between the two are the fact that the Galaxy Note10 Lite includes Samsung's S Pen stylus, and that the Galaxy S10 Lite features an octo- rather than a quad-core processor.

There are a few differences with the camera setups on the two phones, but both include a 123-degree ultra wide angle lens on one of the rear-facers.

The company details the following specs for the phones: