It’s been a big week for Microsoft this week. Windows 7 reached its end of life, and the NSA discovered a major flaw in Windows 10, which thankfully has been fixed as part of the software giant’s Patch Tuesday.

Not as exciting, but always interesting, Microsoft has also now released a new Windows 10 build for Insiders on the Fast ring.

Today, we’re updating Windows Calculator for Insiders with a preview of our new graphing mode. Adding support for graphing is one of our top feature requests in Feedback Hub, and we’re excited to bring this feature to our users. Graphing capabilities are also essential for students who are beginning to explore linear algebra. With this feature, we hope to empower students to learn mathematics by improving their conceptual understanding and attitudes towards math.

Some of the things you can now do with the feature include plotting equations on the graph, adding equations with variables, and analyzing the graph. 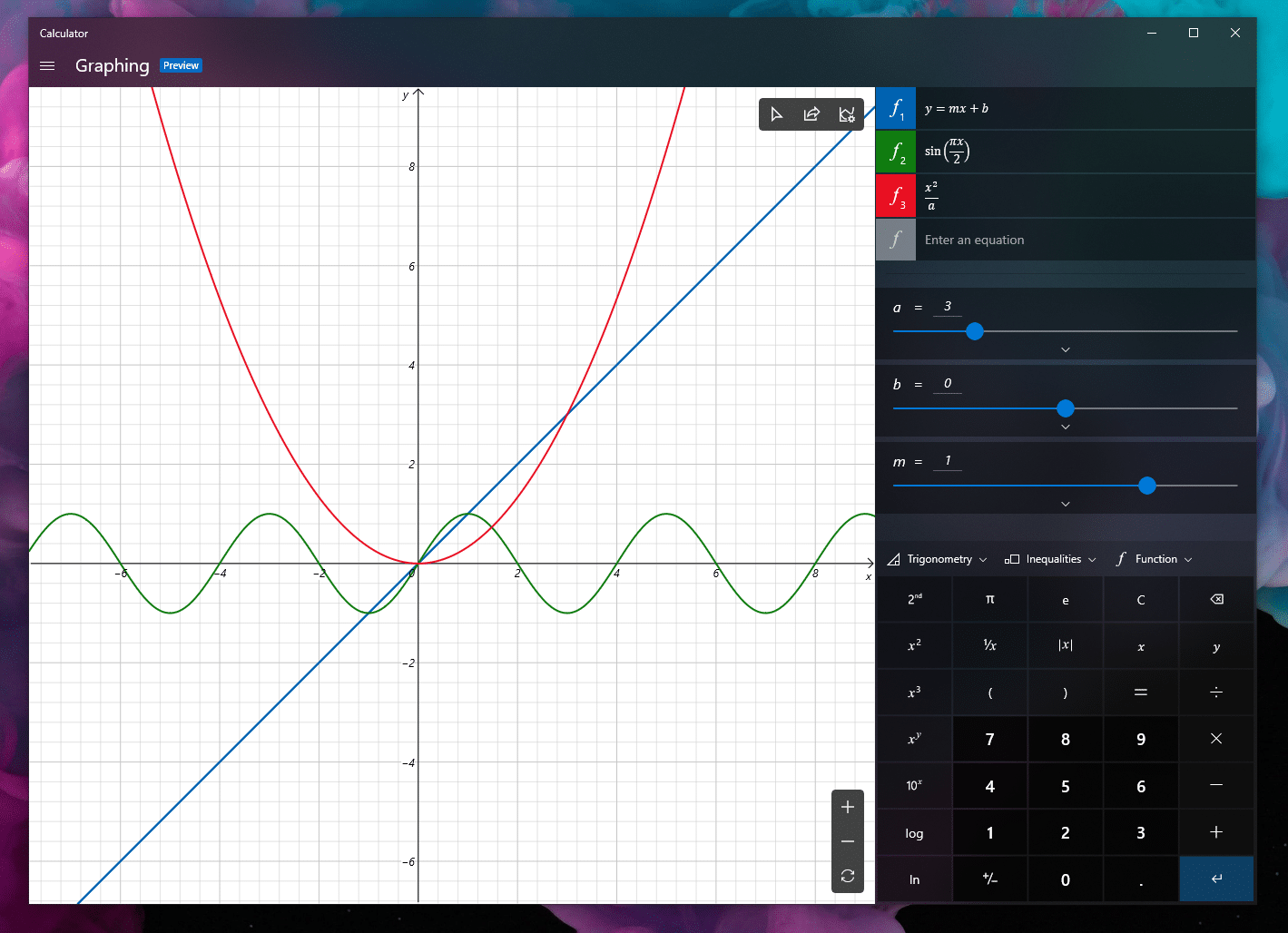