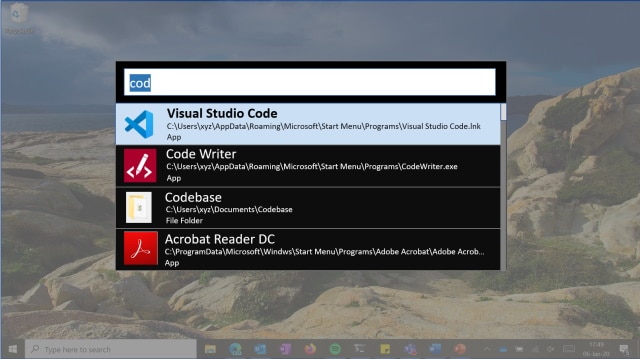 Over the last nine months Microsoft has been drip-feeding us new PowerToys for Windows 10. So far we've seen FancyZones, Shortcut Guide and PowerRename, and now the company is preparing to add another one.

PowerLauncher is -- or will be -- a quick launch tool for launching apps, and it's aimed at power users. Not only is it open source like the rest of the PowerToy collection, there is the promise that it will be extendible through the use of plugins.

PowerLauncher is currently being reviewed for release, but there's already a good deal of information about the utility available on Github. Jessica Yuwono, the author of the tool, envisions it being "faster than start menu/Win+S for showing the search result and launching applications". The PowerToy will be able to take over the Win+S and Win+R keyboard shortcuts.

The tool has been developed in response to customer insights gleaned from users. On Github, Microsoft says:

Through GitHub issues in PowerToys repository, Windows users expressed the need for a fast and reliable launcher with additional capabilities, such as text suggestion as users type, auto-completion on tab, and options to do more actions like run in administrator mode or open in PowerShell. Windows users also pointed out that search is not fast enough and it does not give results that are relevant to them. This issue received the fourth most thumbs up (with 70+ thumbs up) in the category of suggested PowerToy indicating that users are interested in this PowerToy.

It's not clear just when PowerLauncher might be released, but you can find out more over on Github.