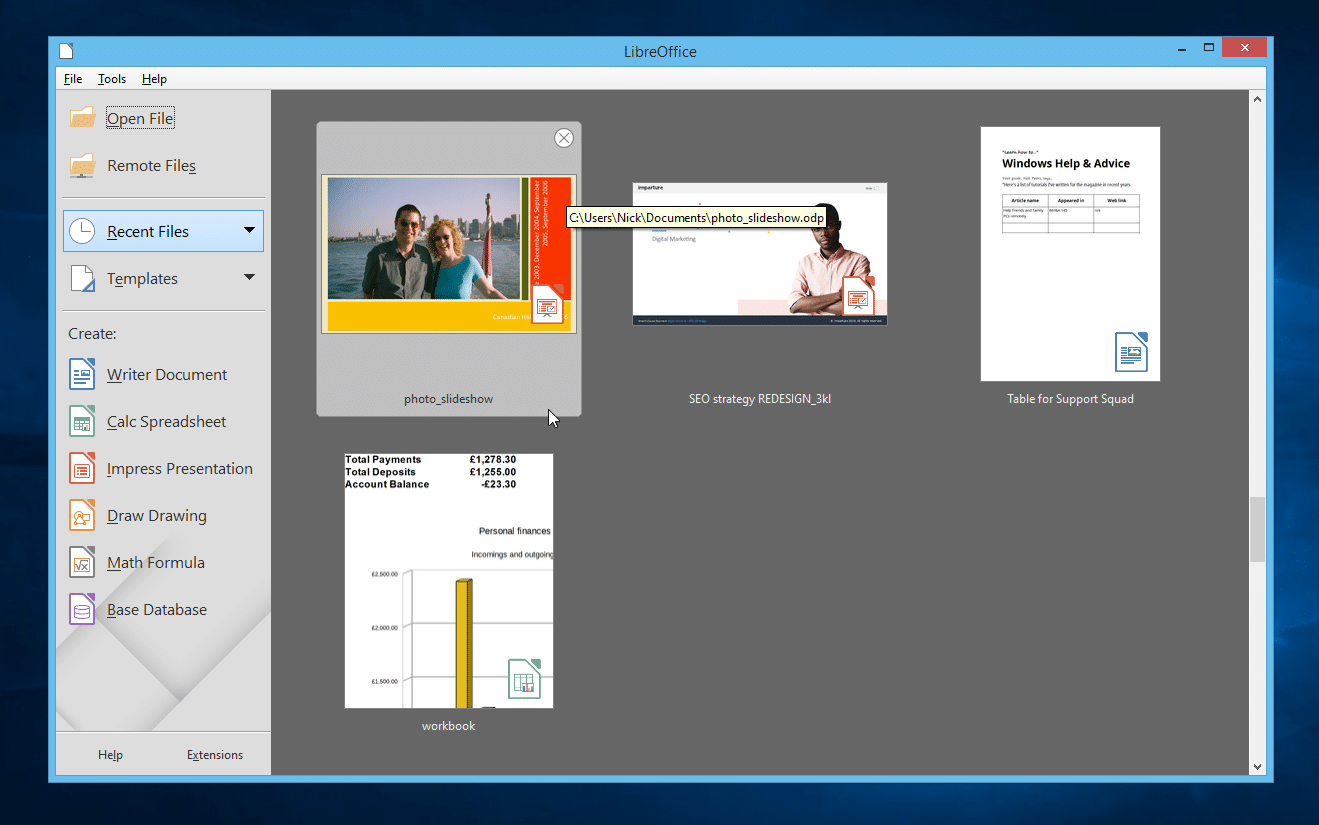 LibreOffice 6.4 is a major point release -- the last in the 6.x product line -- and comes with the promise of improved performance along with several new universal features and the usual mix of minor changes and improvements to individual applications within the suite.

The new release kicks off with the promise of significant improvements to the speed of opening and saving files in Impress and Calc. The Help system has also been improved to make finding information faster through delivering more precise results along with localized screenshots.

LibreOffice’s Start Center adds application icons alongside document thumbnails to help users differentiate between document types, while the suite benefits from a new QR Code generator, which allows users to add mobile-friendly codes to their documents.

Other suite-wide improvements include unified hyperlink context menus to provide a consistent experience across all applications. Four options are now offered: open, edit, copy hyperlink location, and remove. There’s also a new automatic redaction feature to automate the process of hiding classified or sensitive data -- users can set up text or regular expression matches via the 'Tools > Audo-Redact' option.

Application enhancements
Writer users gain a new dedicated Table panel on the Sidebar, along with improved cutting, copying and pasting of tables thanks to a new Paste Special menu option in the form of 'Paste as Nested Table'. Comments can now both be marked as resolved and added to images and charts within text documents.

Calc users gain the ability to export spreadsheets as a single-page PDF document, while Impress and Draw applications add a new Consolidate Text option to the Shape menu for combining multiple text boxes into one.

Those using LibreOffice Online gain a handful of significant improvements to Writer and Calc. First, Writer implements the same table properties sidebar plus gives users full management of the document’s Table of Contents for the first time. Meanwhile, Calc users can enjoy a fully featured Function Wizard as well as access to a much wider range of options for selected charts from the spreadsheet sidebar.

The news follows on a week from the announcement that LibreOffice 6.5 will now be released as LibreOffice 7.0 when it appears later this year -- the tenth anniversary of LibreOffice’s first release.