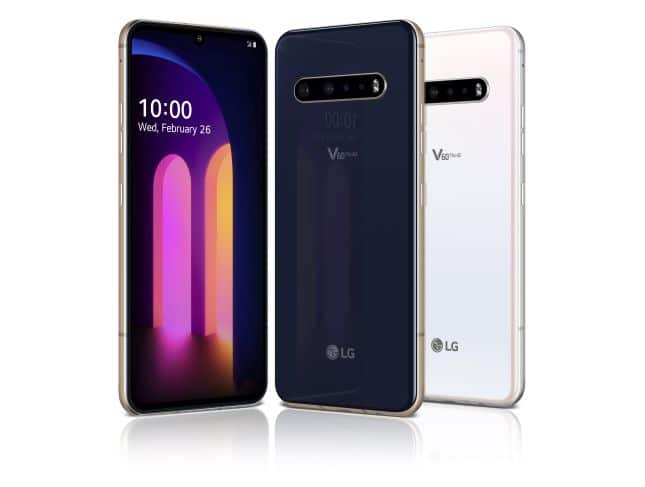 There are so many Android phones on the market these days, that it can be hard to get excited. Look, Samsung recently released its Galaxy S20 devices, and for the most part, the world shrugged. Don't get me wrong, I am sure the S20 line is great and all, but overall, the phones have hardly got consumers excited. Not to mention, there are many budget Android smartphones coming out of China nowadays that are actually quite good -- many consumers are starting to wonder why they should continue shelling out the big bucks for the name-brand phones if they are just going to be incremental upgrades every year. Overall, the state of Android has been a bit... well... boring.

And so, today, LG announces its latest flagship, and I am sure you are wondering -- is it another boring Android phone? Actually. No. The "LG V60 ThinQ 5G," as it is called, is actually something that should get your heart beating faster. On the surface, it looks like a standard smartphone -- and it is -- but the beauty is all of the amazing specifications that the company crammed in here. LG is finally bringing some excitement back to the stagnant world of Android!

What makes the V60 ThinQ 5G so great? Well, it has impressive specs such as 5G, 802.11ax (Wi-Fi 6), a 64MP rear camera, 8K video recording, and a massive 6.8-inch FHD+ P-OLED screen. It comes with 8GB of RAM standard, 128GB of storage standard, and you can even upgrade the storage capacity with microSD.

The Android 10 flagship even has a huge 5,000mAh battery! Ultimately, LG has seemingly gotten everything right with the V60 ThinQ 5G -- it looks damn near perfect. But wait, the device has one more trick up its sleeve -- a removable second "Dual Screen" with the same specs as the device's built-in screen. What!? 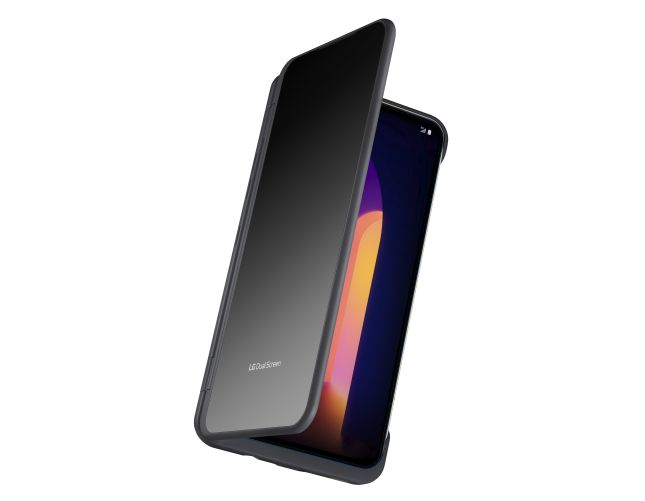 "Both the LG V60 and upgraded LG Dual Screen come with super sharp 6.8-inch, 20.5:9, FHD+ P-OLED displays that are almost a half inch larger than the LG G8X ThinQ. Even so, the new Dual Screen tips the scale at the same superbly portable weight as its predecessor, thanks to the thinner OLED panel. With a ribbed back for additional grip and the same display as the LG V60, LG Dual Screen doubles the available screen real estate to make multitasking, productivity, gaming and entertainment more enjoyable than ever. What's more, users can set the LG Dual Screen's 2.1-inch Cover Display to always display key information for easy access at a glance or configure it to time out after 10 seconds," says LG.

The popular phone-maker also says, "The LG V60 is equipped with LG's most advanced camera features and technologies yet to offer next-level videography experiences. The LG V60 features two rear cameras and a time of flight (ToF) sensor array, including a 64MP main camera for sharper, brighter images regardless of lighting conditions. Alongside the main camera is a 13MP super-wide-angle lens for expansive and all-encompassing shots. For the first time ever on an LG device, LG V60 supports 8K video recording for capturing videos in stunning 8K quality." 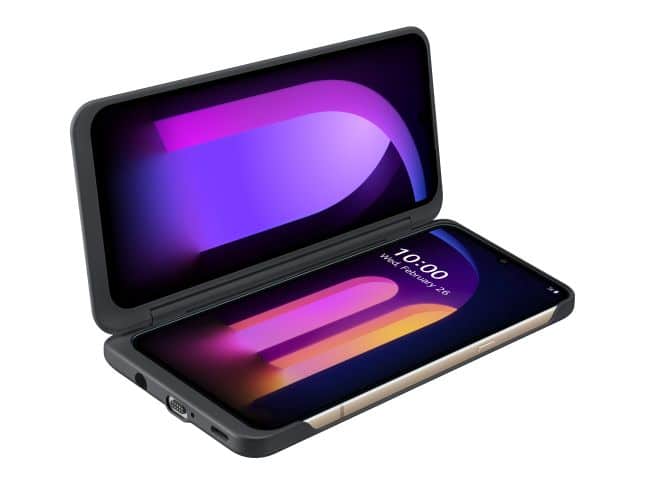 Between blazing fast 5G speeds for high quality streaming, two displays for more multitasking, and a large display and large battery to maximize productivity, LG V60 ThinQ 5G with Dual Screen transforms how we interact with our smartphones. Our customers have loved finding new and exciting ways to use LG Dual Screen, and the purposeful innovation of V60 ThinQ 5G will bring that enjoyment to a wider audience this spring. 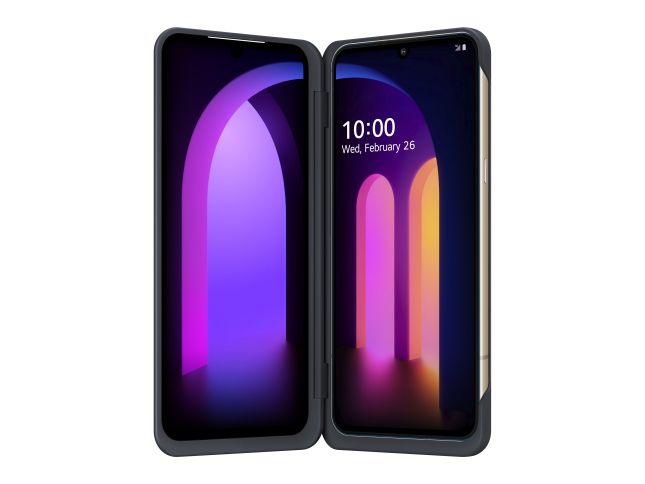 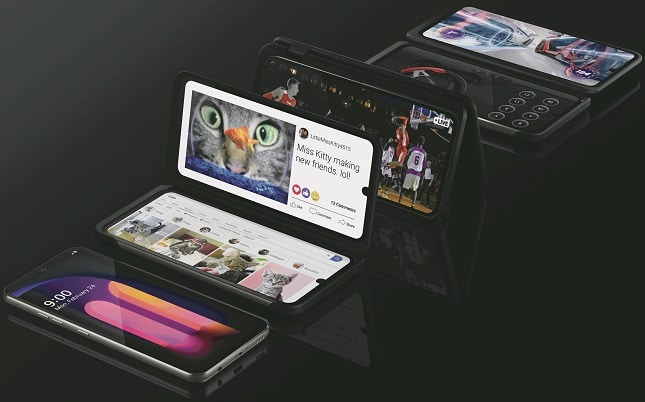 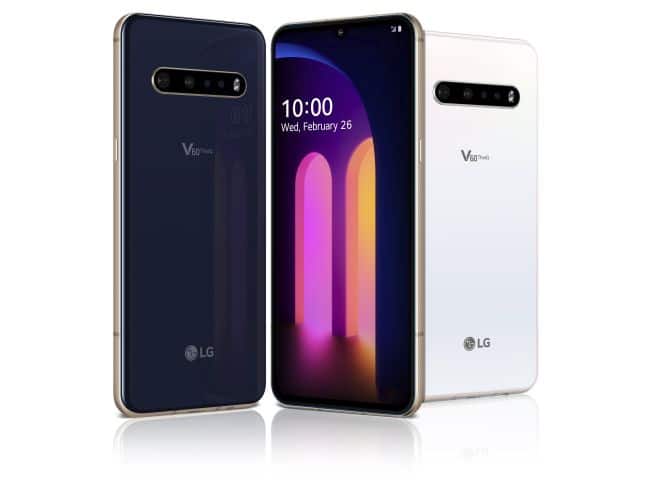 Unfortunately, what we don't know about the LG V60 ThinQ 5G is both pricing and availability. While we do not know an exact release date, it should hit stores this spring. The company is quiet -- for now -- on how much it will cost, which may signal that it will be an expensive affair. With that said, there will likely be deals to be had when bought through carriers. What we do know for sure, however, is that LG's V-series of smartphones have long been cutting-edge and exciting -- it is great to see that tradition stay alive.