Three-hundred-and-seventy-eight in a series. Welcome to this week's overview of the best apps, games and extensions released for Windows 10 on the Microsoft Store in the past seven days.

Windows 10 is installed on 1 billion devices, finally. In other news, Microsoft is pushing its services more aggressively via nag screens and Microsoft Edge (Chromium) users may now review and rate extensions in the official Store. 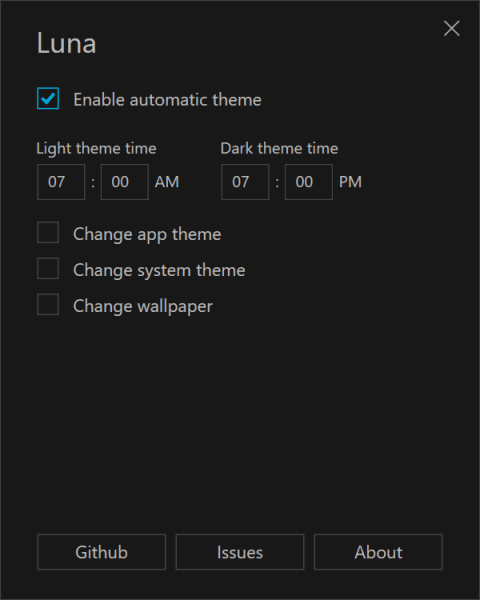 One of the main features of the application is the ability to change system or app themes only when Windows switches between dark and light themes.

Additionally, it is possible to change the wallpaper whenever the theme changes.

Microsoft published the Microsoft Store page of Minecraft Dungeons by accident recently but has unpublished it again after noticing the error.

It is very likely that the new Minecraft game will be released soon. It is an action adventure that resembles classic dungeon crawlers but with a strong Minecraft setting. The game can be played alone or with up to three other human players.

Players can personalize their characters, unlock new weapons and equipment, fight monsters in hand-to-hand combat, with ranged weapons or magic.

Bing Rewards is rolling out in Windows Search to more users.

Microsoft Edge Dev and Canary users may now save all open tabs to Collections in the latest updates.

Spotify is bringing back song lyrics in its Windows 10 application.

Skype Preview is now an Electron application. Microsoft switched from UWP to Electron and users who have installed the preview version will be updated to the new Electron-based version soon.