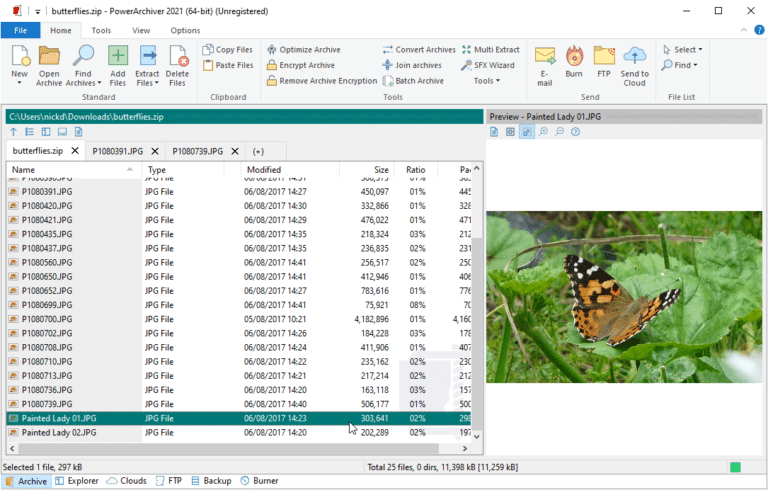 ConeXware has issued a pre-release version of its trialware archiving tool with PowerArchiver 2021 Preview out now for PCs running Windows 7 or later. It includes news that the final release will be accompanied by a Mac version.

Aside from appearing on the Mac for the first time, PowerArchiver 2021 adds an internal editor and viewer for direct access to files inside archives. It also confirms that the program will skip a 2020 release, jumping directly from the 2019 version on its final release.

PowerArchiver 2021’s major new feature is the addition of internal viewing and editing tools. Users can now access selected file types without having to extract them. Opened files appear as a series of tabs on the main screen, making it easy for users to switch between them.

Only text-based formats can be edited directly within PowerArchiver 2021, but the editor does come with syntax highlighting for over 40 different coding languages. A much wider range of formats can be viewed, including PDF, images, media and web files plus RTF documents.

Elsewhere, PowerArchiver Cloud is now fully integrated into the main PowerArchive application for easier file management, and comes with the promise of improved browsing times, plus faster upload and download speeds.

Support for major cloud providers including Dropbox, OneDrive, Google Drive and Box has also been improved, while users can now link to both Hidrive and Yandex Disk cloud services for the first time. Users also gain the ability to download and upload entire folders along with full drag-and-drop support.

The Actions > Tools menu has also been enhanced with options to add and remove encryption along with an optimization tool for improving a file’s compression. All three tools are able to work without having to extract and then recompress the archive’s contents.

The program’s user interface has been upgraded to support the Modern Windows 10 skin for a more modern feel. Shell extensions now reside within separate DLL files to improve program stability and the favorites menu is more responsive while adding filters to speed up searches for favorite archives.

PowerArchiver 2021 Preview is available now as a pre-release download for Windows 7 or later. Users with an active Select Plan will be able to register it with existing codes, other users get a 30-day trial and an offer to upgrade to the full version with prices starting from $22.95. The Mac version remains under development.