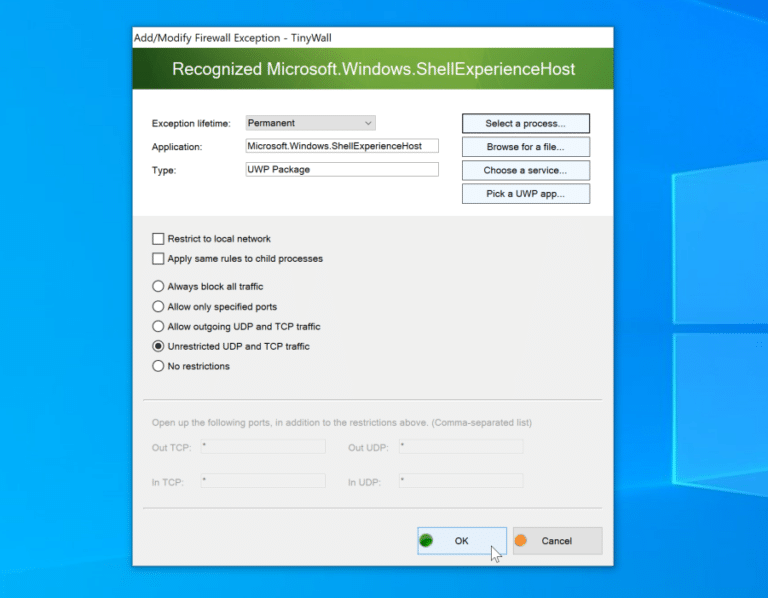 Károly Pados has released TinyWall 3.0 for 64-bit versions of Windows 7 or later. The big change is that TinyWall is now its own independent, standalone firewall. Previously it was a companion app for controlling the main Windows Firewall.

The switch to a separate app is accompanied by numerous improvements -- previous annoyances have been resolved, plus the app is able to increase user security with new features like boot-time filtering.

This inevitably leads to several security improvements -- for example, TinyWall’s firewall rules now benefit from boot-time filtering, which means they come into effect the moment the networking stack loads and before TinyWall itself is started.

Another benefit is that TinyWall now supports -- and can automatically handle -- UWP applications as installed through the Microsoft Store. It’s also capable of filtering raw and promiscuous sockets for extra security.

Previous versions of TinyWall didn’t work with Windows File Sharing without a workaround; version 3 supports it natively, so the workarounds are no longer required.

Another usability improvement is support for automatically whitelisting child processes -- this means when users manually approve online installers, the downloaded installation files are automatically approved too.

The app also sports numerous improvements to the user interface, including better defaults, new hotkeys and even the promise of better performance. This is accompanied by a revamped installer.

Sadly -- but perhaps unsurprisingly -- support for all 32-bit versions of Windows has been dropped, along with support for Windows Vista. Users are also no longer able to whitelist executable files stored on network shares.

TinyWall 3.0 is available now as a freeware download for PCs running Windows 7 64-bit or later.