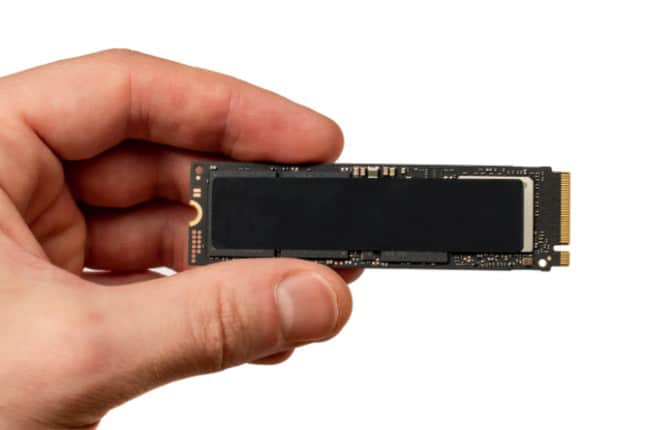 All solid state drives are fast -- when compared to a mechanical hard drive, at least. With that said, not all SSDs are created equally. SATA based SSDs are the slowest of the bunch, with PCIe-based drives being the fastest. Of course, there are different generations of PCIe that have gotten continually faster. Currently, consumers have access to some computers and motherboards with PCIe Gen 4.0.

If you have a newer computer with PCIe Gen 4.0, congratulations -- you have a nice rig. If your SSD isn't PCIe Gen 4.0, however, you might be missing out on some potential speed. There aren't many of those drives on the market, but today, one more is unveiled. Called "PX4480," this new SSD from KINGMAX is insanely fast, making SATA SSDs look like straight trash!

"KINGMAX’s latest M.2 PCIe Gen4x4 SSD PX4480 adopts a PCIe Gen 4.0 high-speed interface and meets NVMe 1.3 specifications. It can deliver stunning read/write speeds. It features incredibly high R/W speeds of up to 5,000MB/s(Read) and 4,400MB/s(Write), 8 to 9 times faster than the transmission connector of the SATA III interface, and has an increase of 50 percent in data R/W speeds compared with the PCIe 3.0 series SSD. Users can fully experience the higher speeds of PCIe SSDs when turning on devices, loading games, and transferring or saving data," says KINGMAX.

KINGMAX shares the specifications below.

Unfortunately, KINGMAX is mum on both pricing and availability of the PX4480. Despite my best efforts, I could not find it for sale anywhere yet. What we do know for sure, however, is there will be three capacities from which to choose -- 500GB, 1TB, and 2TB.