Windows 7 is no more -- or, more accurately, no longer supported. That means no more bug fixes and more crucially, no more security updates. If you’re still running a Windows 7 PC, it’s time to move.

What are your options? You could buy a brand-new PC, but the truth is that your current PC is probably more than capable of running Windows 10. If you’ve no need, desire or budget to buy a whole new computer, then discover how to upgrade to Windows 10 for as little as $29.99 with two fantastic deals.

The biggest reason for upgrading to Windows 10 is -- as we’ve said -- security. Windows 10 helps ensure you’re protected against new and emerging threats, not just with continued updates but also through the built-in Windows Defender Antivirus. This improved tool now regularly features near the top of lists for recommended antivirus providers and is one reason why malware infection rates are half that on Windows 10 machines compared to previous versions.

But safety and security aside, there are lots of positive reasons to upgrade to Windows 10 too. The desktop may look radically different, but the same features you know and love are still there, albeit tweaked and improved. The Start menu was brought back after disappearing in Windows 8 and comes with several enhancements such as Live Tiles and more shortcuts via a separate menu triggered by right-clicking the Start button. Elsewhere, the taskbar gains a new Search box that puts your entire PC’s contents, apps and settings within easy reach.

There’s a handy new Timeline view that lets you quickly access recently opened programs and documents, and a slide-in Notifications tool to keep you updated. Even mundane tasks such as browsing your hard drive for files has got a lot easier thanks to File Explorer, with its intuitive ribbon interface for easy access to all key features, plus the ability to now monitor and pause file transfers.

The App Store makes it easy to plug in trusted tools and services, but you can still install programs in the usual way. You may need to update some apps for compatibility purposes, but many should continue to run fine after upgrading to Windows 10.

Other highlights include built-in support for various flavors of Linux via a Bash shell allowing you to run Linux programs side-by-side with Windows. There’s more customization options, smarter snapping of Windows and improved hardware support, all accessible via the searchable Settings tool.

Windows 10’s basic system requirements are very low: 1GHz processor, 2GB RAM, 16-20GB free drive space, and a DirectX 9 or later graphics card. Basically, if your PC can run Windows 7, it should be able to handle Windows 10, and if it does struggle slightly then a simple RAM upgrade and/or upgrade to a solid-state (SSD) hard drive will make all the difference.

Some applications bundled with Windows 7 are removed from Windows 10, but these are easily replaceable: install the free Kodi app to replace Windows Media Center and play video DVDs, for example. 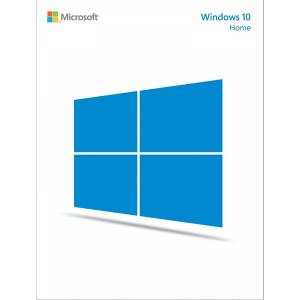 Windows 10 Home Edition is perfect for those running Windows 7 Home Edition, but for just $10 more Windows 10 Professional has features that are aimed at power users. If you’re a laptop user, then Windows 10 Professional features BitLocker drive encryption for protecting your sensitive data on the road. You also gain more control over how and when Windows Updates are delivered. Other highlights for advanced users include use of the Group Policy tool, mobile device management and assigned access.

Both licenses are for a single PC and are unlimited, supporting all future Windows 10 feature updates, and 'global' so anyone can buy them -- US, UK, EU, AU! 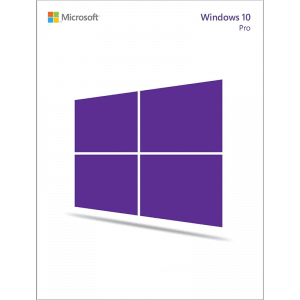 After purchase, you’ll download the media creation tool that can be used to upgrade an existing installation of Windows or create installation media for another PC. Just make your choice after launching the tool and it'll do the rest.

And don’t forget, you’re not limited to upgrading from a previous version of Windows to 10. You can use your Professional license to upgrade from Home, as a Boot Camp partition on Mac OS X, a virtual operating system and so much more.

This discounted offer is only available until June 30 2020, so make sure you take advantage before the deal expires.