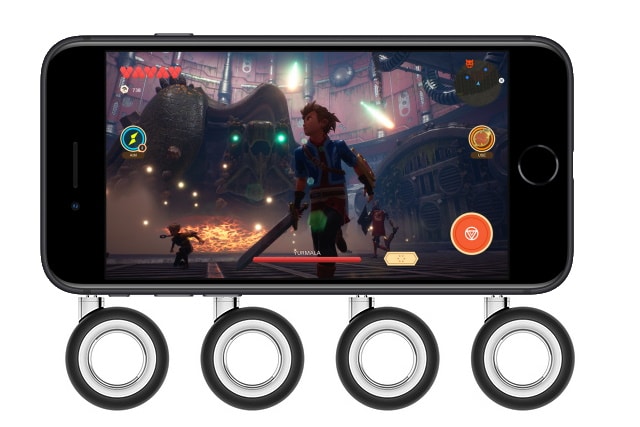 Apple is not a company readily associated with low prices, and its hardware is always markedly more expensive than something comparable from other companies.

Over the years we've become used to Apple phones, tablets, desktop computers and laptops (typically) being relatively expensive -- but where the company really stands out is with the pricing of its accessories. Take the newly announced iPhone SE, for instance. With a starting price of $399, Apple values the phone less than a set of wheels for a Mac Pro, and only marginally more than a set of feet for the same computer.

Priced at a staggering $699, the Apple Mac Pro Wheels Kit is a set of four "custom-designed stainless steel and rubber wheels" -- perfect for anyone who need to move their Mac Pro around, and who happens to have a chunk of cash spare. The price point suggests that these four wheels are worth almost twice as much as its latest handset.

If you like the idea of elevating your Mac Pro slightly, but don't want those non-locking wheels, the Apple Mac Pro Feet Kit is a cheaper option. But at $299, this is pretty much the same price as the iPhone SE.

Can four stainless steel feet really be worth almost as much as Apple's new phone? Can four wheels really be worth not far off two iPhone SEs? Of course not, but Apple is free to charge pretty much whatever it likes -- as it has already demonstrated with the $999 Pro Stand, and the new $299 Magic Keyboard.

But really the question is which price is "right"? Are Apple's accessories massively over-priced? Or is the new iPhone SE priced so low as to make them seem inflated? Or does the truth lie somewhere in the middle?