The Raspberry Pi-based server that could transform edge computing 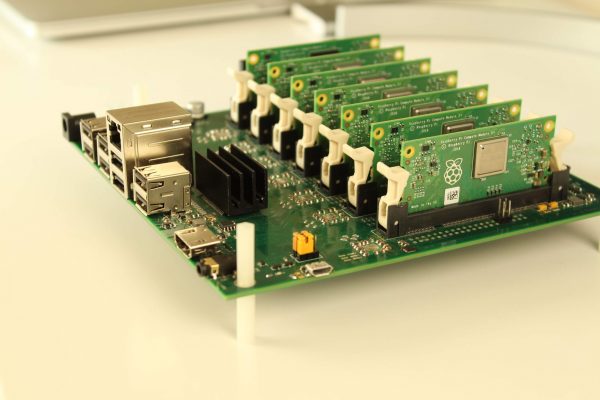 Cloud servers, you might think, are big expensive pieces of kit. But you’d be wrong, at least where the Turing Pi project is concerned.

This mini ITX format board costing under $200 allows seven Raspberry Pi systems to be combined into a desktop Kubernetes cluster that's smaller than a sheet of A4 paper.

The board has 1 Gbps network capability, multiple I/O options including HDMI, and features like nodes power management via a I2C bus. Turing Pi is a platform for developing and hosting cloud-native apps locally or at the edge. Turing Machines, the company behind the project, believes that this hardware architecture could lay a new foundation for edge computing hardware principles.

"The concept of a cluster board is similar to a PC motherboard, but with Ethernet instead of a PCI bus," says Constantin Alexandrov, founder of Turing Machines Inc. "Rather than using just one processor, the cluster board can combine multiple processors and multiple types of processors. As an example, general-purpose compute modules can work in tandem with machine learning modules. This heterogeneous approach could open a wider adaptation of machine learning applications at the edge."

Technologies like containers, serverless computing and Kubernetes have changed the way developers build, deliver, and scale software. What all these technologies have in common is that they’re designed for clusters of distributed resources. The idea behind Turing Pi is a cluster of computers interconnected with Ethernet but all in one compact device. This architecture allows deploying and scaling software to the edge in the same way as in the cloud.

You can find out more and pre-order the board on the Turing Pi site.