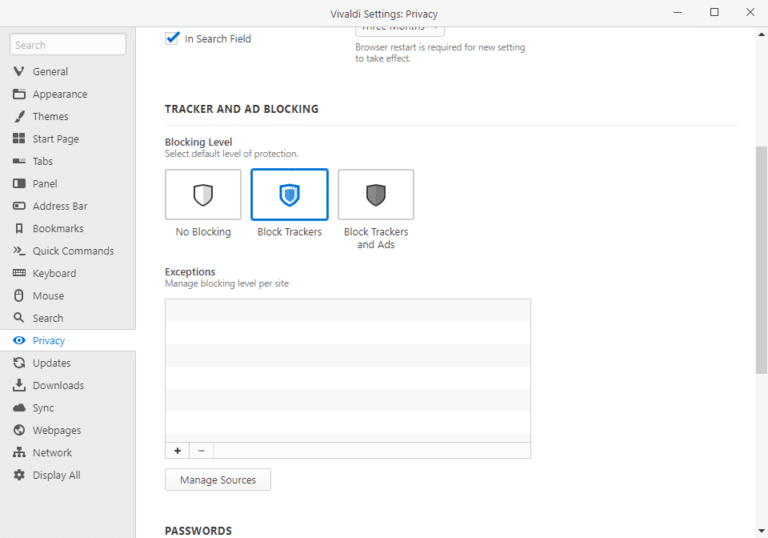 It’s a day of double celebration for fans of the Vivaldi web browser. Not only does Vivaldi 3.0 get released for Windows, Mac and Linux, but the company -- led by Opera co-founder Jon S von Tetzchner -- unveils the first stable release of Vivaldi for Android.

Both releases come with a brand new feature in the guise of built-in ad and tracker blockers. The desktop release also unveils a new clock for its status bar, plus improvements to its pop-out video feature.

The official release of Vivaldi for Android comes around seven months after the first -- fully featured -- beta release was made available. Over the intervening months, the mobile browser has added more functionality from the main desktop browser to provide users with an option that can almost literally be molded to their needs.

Both desktop and mobile versions of Vivaldi 3.0 unveil two integrated blockers designed to boost user privacy and security. The first is a Tracker blocker, which utilizes the DuckDuckGo Tracker Radar blocklist to ensure particularly nasty third-party trackers are kept at bay as users browse the web.

It’s joined by an ad blocker -- this is somewhat opaque, as no information about which lists or technologies are used is supplied.

Both blocking features are disabled by default. Users can enable them for all websites via Settings > Privacy, or enable them on a site-by-site basis by clicking the shield icon that now appears in the Address bar. Note that there are three options: disabled, tracker blocking only, or tracker blocking and ad blocking. At present, ad blocking can’t be enabled on its own.

When enabled as the default, users can maintain a whitelist of sites to ignore from the same Settings dialog.

More new features
Vivaldi 3.0 for desktop also unveils a new customizable clock in the status bar -- click this to reveal an analogue clock plus options for setting up a countdown or time-based alarm -- these can be saved as presets to reuse later. Users can customize the clock’s status bar button by right-clicking it.

The desktop browser’s pop-up video feature gains several improvements too. A new slider makes it easier to navigate video directly from the pop-out window, while those who find the feature distracting can disable it via Settings > Webpages.

One final improvement sees the browser’s spatial navigation feature gain a major enhancement, with users now able to easily skip between links on a page both vertically and horizontally using a combination of Shift and all four cursor keys -- note, spatial navigation must first be enabled under Settings > Webpages.

Vivaldi 3.0 64-bit and Vivaldi 3.0 32-bit are both available now as freeware downloads for Windows, Mac and Linux. Vivaldi for Android 3.0 is available for all Android phones and tablets running Android 5.0 or later.