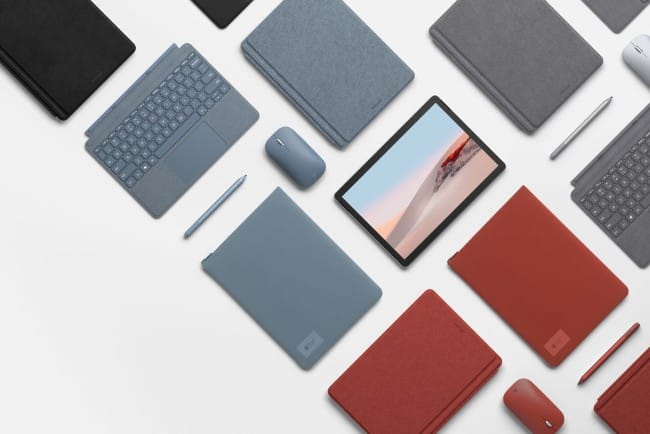 The Surface Go was always a very curious device. It is essentially a smaller Surface Pro with very deficient specifications. It was hard to know who it was really for. Power users certainly weren't interested since it was so woefully under-powered, and home consumers weren't clamoring for the terrible Windows 10 tablet experience. Who the heck wanted a netbook that couldn't even be used comfortably in a lap? A better and bigger laptop can be had for the same price. Ultimately, the Go was universally panned as a joke.

With all of that said, Microsoft has cut its losses and moved on, right? Of course not! This is Microsoft we are talking about. Instead, the company is releasing a sequel. Yes, the Surface Go 2 is officially on the way, and while the screen is a bit larger, it will once again have a terrible processor and no real target audience.

Panay further says, "We’ve also added the new Camera app for the rear-facing camera to make it easy to scan documents and whiteboards -- whether you’re sharing notes from a meeting or turning in homework. Paired with Surface Pen, Surface Go 2 allows distance learners and remote workers to stay digital, while unlocking the power of natural ink for things like drawing diagrams, marking up documents or working through math equations. You can personalize your Surface Go with Type Covers, Sleeves and accessories in a variety of colors, including Platinum, Black, Poppy Red, and Ice Blue."

So, how much will the Surface Go 2 cost? It can be had for the starting price of $399. While that price doesn't seem insane, it actually is. You see, that does not include the keyboard! When all is said and done, it will cost more than $500. Most consumers would be better served by purchasing a traditional laptop, such as the well-received Motile 14 found here for just $349.

But hey, if you still find yourself wanting a Surface Go 2, you won't have to wait long -- it hits stores on May 12. You can pre-order here now.