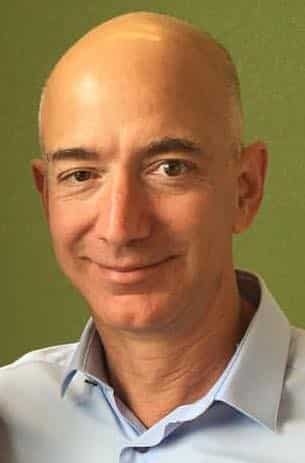 Big technology companies have been recently coming under increased scrutiny from federal regulators. Several tech companies are reportedly under investigation, but this column is only about Amazon, which seems to be in regulatory crosshairs in part because President Trump doesn’t like Amazon founder and CEO Jeff Bezos, who also owns one of Trump’s least-favorite newspapers, the Washington Post. Ironically, Trump’s goal of breaking-up Amazon would only make Jeff Bezos at least $35 billion richer.

It’s simple: Amazon is worth a lot more in pieces than it is as a single company.

Bezos is no fool, so he knows this about his company. Maybe being already the richest man on the planet is enough for him. Whatever the reason, Bezos, for now, seems to want to keep Amazon in one piece.

Young industries tend to have young founders and CEOs -- often people who have never worked anywhere else. They are often people who would not be considered for their jobs except, of course, they own the joint. So there’s a fair amount of juvenile behavior from tech CEOs who have yet to realize that it doesn’t always make financial sense to get your own way. There are many examples of tech businesses being run purely on a whim and sometimes those whims remain institutionalized even after the CEO’s departure. There’s plenty of such willful behavior at places like Facebook, Google, Twitter, and many others just as there used to be at companies now gone like Yahoo.

Jeff Bezos worked at several companies throughout his 20s and can’t be accused of lacking experience before founding Amazon. In fact, it’s his managerial skill that helped Amazon thrive over the years, especially on Wall Street. But even Bezos wants his way and would apparently prefer that Amazon remain in one piece whether that makes sense or not.

Consider Amazon in pieces. Founded in 1994, Amazon invented e-commerce and is today the undisputed giant in that field. Amazon Web Services invented, too, the cloud services industry starting with Web 2.0, and remains by far the biggest public cloud player. Amazon is also a substantial creator and distributor of video content and music (not the biggest but second or third in what is becoming a huge new industry). Amazon dominates eBook publishing with Kindle and audiobook publishing with Audible. Don’t forget that Amazon remains the world’s largest seller of printed books, too. Amazon has also built a huge shipping operation that could compete with FedEx and UPS if it chose to do so.

That’s at least five distinct Amazon businesses that would each be worth tens -- some of them hundreds -- of billions of dollars.

An activist hedge fund might see the profit opportunity in tearing Amazon apart and propose to do just that, except it won’t happen. Amazon is too large. With Amazon worth around $1.2 trillion, such a fund -- like an Elliott Management, which is currently messing with Twitter -- would have to buy 5.5 percent of Amazon for around $66 billion just to get Bezos’ attention. Elliott Management doesn’t have that kind of loot.

For exactly this same reason you won’t see any activist moves being made on Alphabet, Apple, or Microsoft, either. They are all literally too big to bust, which is what leaves it to the Feds and to the EU.

Based on Bezos owning 11 percent of Amazon, the value of his shares under this scenario would increase from $132 billion to $206 billion for an increase of $74 billion.

You might argue that these numbers are wrong, especially the Microsoft contribution. But if you listen to recent Microsoft earnings calls and look at what analysts are writing about that company, most of Microsoft’s $1.42 trillion market cap seems to be attributed to Azure, its cloud offering, rather than to Windows or Office or hardware.

Even if you discount the Microsoft-equivalent share by a quarter down to $1.065 trillion, the dismembered value of Amazon still comes out to $1.52 trillion making Bezos $35 billion richer.

And remember, Bezos’ net worth is made of more than just Amazon. Forbes says he is worth a total of $143.4 billion as of this morning. Add $35 billion to that for a total of at least $178.4 billion.

So go ahead, DoJ, make his day.

Let’s say President Trump reads this column (or someone on Fox News mentions it, which is more likely) and decides not to make Bezos even richer. In that case, John Malone of Liberty Media could advise Bezos on ways to keep Amazon together yet gain much of that additional value through the use of tracking stocks. These are separately traded shares that are linked to the financial performance of specific Amazon divisions. Malone has used tracking stocks a lot to get Liberty’s market cap up and it works. Maybe it’s only 75 percent as efficient, but then it involves a lot less paperwork and investment banker fees.

If Amazon (not just Bezos) wanted to look bigger and perhaps borrow more money, it could pretty easily justify an extra $320 billion in virtual market cap for the company through this hack.

Yeah, but we’re going into a recession, isn’t that going to hurt Amazon along with every other business in America?

Based on these businesses at this time I’d say "no." Jeff Bezos can’t lose.