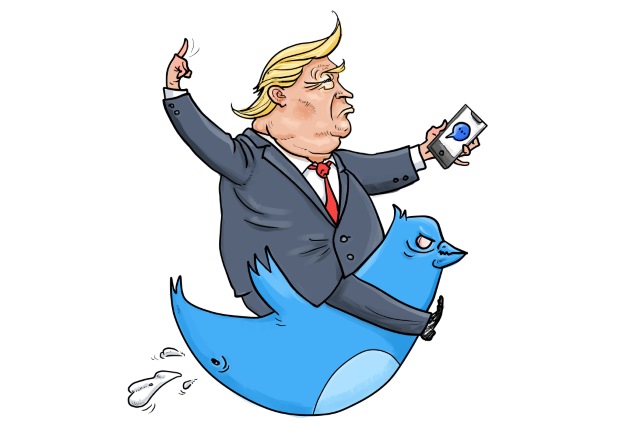 There have long been complaints from the right that online platforms censor conservative opinions because of a liberal bias. Now after being fact-checked by Twitter, Donald Trump has threatened to close down social media platforms.

In the last 24 hours, Twitter added a "Get the facts" link to a false claim made in a tweet by the president about mail-in votes. Clearly incensed, Trump tweeted that "we will strongly regulate, or close them down".

The president made reference to the 2016 presidential election, saying: "We saw what they attempted to do, and failed, in 2016. We can't let a more sophisticated version of that happen again".

In his tweets, Trump makes the unsubstantiated claim that social media platforms "totally silence conservatives voices", making reference to the mail-in ballots tweets which caused Twitter to fact-check him earlier:

....happen again. Just like we can’t let large scale Mail-In Ballots take root in our Country. It would be a free for all on cheating, forgery and the theft of Ballots. Whoever cheated the most would win. Likewise, Social Media. Clean up your act, NOW!!!!

The "Social Media. Clean up your act, NOW!!!!" is a clear swipe at Twitter, after the company apparently struck a nerve and riled the president -- not that this has done much to slow down his use of Twitter today.