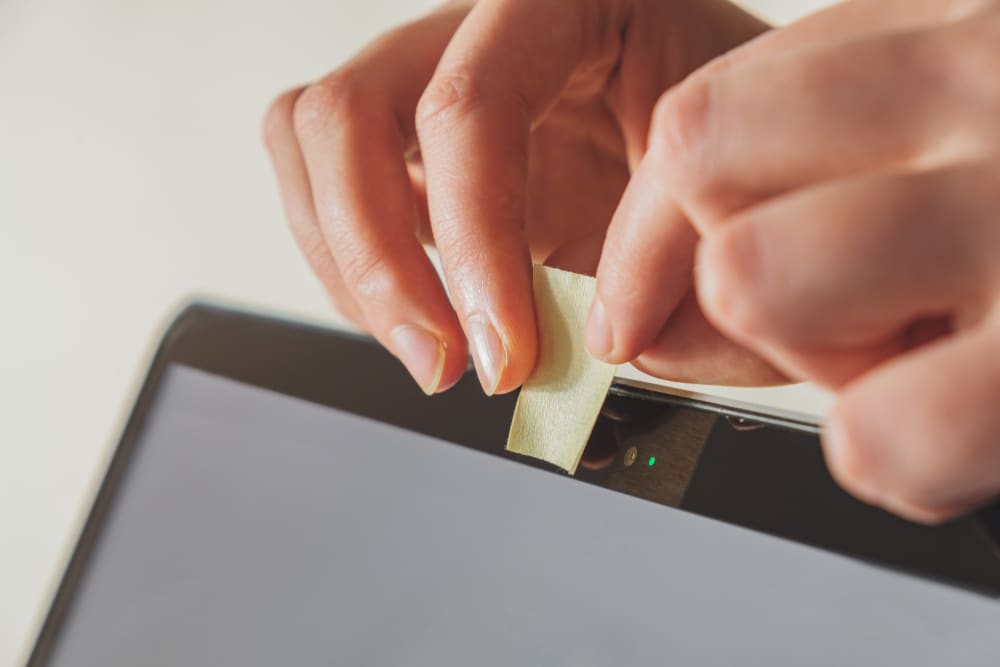 We are in the middle of a pandemic, and lots of us are working from home these days. It is because of technological advances, such as the computer and internet, that so many can work remotely. Let us not forget the mighty webcam which allows our coworkers, friends, and family members to video chat with us. Hell, even doctors are seeing patients using video chat nowadays.

You know who else loves webcams? Hackers! Yes, it is possible for nefarious people to hack into your computer and access your webcam. Any hardware connected to the net can be hacked. And no, you cannot trust an activity light -- hackers can turn them off too. Look, no one wants to be watched by a stranger -- especially when naked or in some other embarrassing situation. Thankfully, something as simple as placing a piece of tape or a privacy shutter (such as this) over the webcam can thwart the bad guys in this regard (the microphone is another story). Unfortunately for those that own Apple laptops, the company is warning users against covering their webcam.

Apple explains, "If you close your Mac notebook with a camera cover installed, you might damage your display because the clearance between the display and keyboard is designed to very tight tolerances. Covering the built-in camera might also interfere with the ambient light sensor and prevent features like automatic brightness and True Tone from working. As an alternative to a camera cover, use the camera indicator light to determine if your camera is active, and decide which apps can use your camera in System Preferences."

To be clear, Apple isn't saying that the act of covering a webcam itself is bad, but instead, the company warns that a foreign object could damage the computer when the display is closed. You know what? That actually makes sense. Third-party privacy shutters in particular could be thick enough to break, say, the display. After all, it is adding pressure that Apple engineers did not plan for. Also, Apple warns anything that can leave adhesive residue behind, such as tape, is to be avoided as well.

With all of that said, Apple does say using a piece of paper that is no thicker than 0.1mm is fine when closing the display. Anything thicker should be removed before closing, however.

Sadly, Apple is suggesting users rely on the camera indicator light for privacy purposes, and this is terrible advice. As stated previously, it is absolutely possible that hackers can simultaneously access a webcam while disabling the indicator light. Not to mention, computer users aren't constantly staring at the computer screen, so it would be very easy for them to not notice the camera light being on.

So, what should Apple do? The same thing all computer-makers should -- integrate a built-in privacy shutter so users can cover the webcam without the need of tape, paper, or other aftermarket solution. They can also implement a hardware "kill switch" that allows the webcam, microphone, and more to be physically disconnected. That is something Purism already does with its Linux notebooks.

51 Responses to Do you put tape over your webcam so hackers can't spy on you? Apple says not to!