Mark Zuckerberg's pact with the Devil 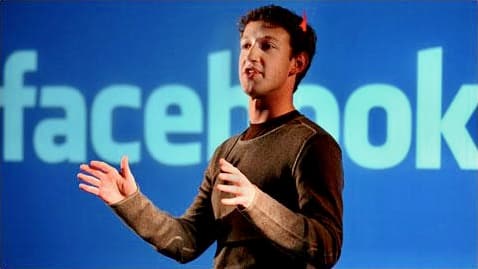 This is a column about Mark Zuckerberg and Facebook, but it starts with an old story about Intel and Monsanto from my book Accidental Empires. Stick with me here and you’ll soon understand why…

There was a time in the early 1980s when Intel suffered terrible quality problems. It was building microprocessors and other parts by the millions and by the millions these parts tested bad. The problem was caused by dust, the major enemy of computer chip makers.

Semiconductor companies fight dust by building their components in expensive clean rooms. Intel had plenty of clean rooms, but it still had a big dust problem, so the engineers cleverly decided that the wafers were probably dusty before they ever arrived at Intel. The wafers were made in the East by Monsanto. Suddenly it was Monsanto’s dust problem.

Monsanto engineers spent months and millions trying to eliminate every last speck of dust from their silicon wafer production facility in South Carolina. They made what they thought was terrific progress, too, though it didn’t show in Intel’s production yields, which were still terrible. The funny thing was that Monsanto’s other customers weren’t complaining. IBM, for example, wasn’t complaining, and IBM was a very picky customer, always asking for wafers that were extra big or extra small or triangular instead of round. IBM was having no dust problems.

If Monsanto was clean and Intel was clean, the only remaining possibility was that the wafers somehow got dusty on their trip between the two companies, so the Monsanto engineers hired a private investigator to tail the next shipment of wafers to Intel. Their private eye uncovered an Intel shipping clerk who was opening incoming boxes of super-clean silicon wafers and then counting out the wafers by hand into piles on his super-unclean desktop, just to make sure that Bob Noyce was getting every silicon wafer he was paying for.

There is a business axiom that management gurus spout and big-shot industrialists repeat to themselves as a mantra if they want to sleep well at night. The axiom says that when a business grows past $1 billion in annual sales it becomes too large for any one individual to have a significant impact. Alas, this is not true when it’s a $1 billion high-tech business, where too often the critical path goes right through the head of one particular programmer or engineer or even through the head of a well-meaning clerk down in the shipping department. Remember that Intel was already a $1+ billion company when it was brought to its knees by desk dust.

The reason that there are so many points at which a chip, a computer, or a program is dependent on just one person is that these tech companies lack depth. Like any other new industry, this is one staffed mainly by pioneers, who are, by definition, a small minority. People in critical positions in these organizations don’t usually have backup, so when they make a mistake, the whole company makes a mistake.

Which brings us back to Facebook and its founder, Mark Zuckerberg. Facebook has been getting a lot of bad press lately because its platform has been a particularly effective medium for pushing extreme political positions backed by provable lies. The problem, say Facebook critics, is the company’s resistance to controlling such posters if they are, say, the President of the United States of America. While Facebook might shut down you or me if we tried to do the same thing, they haven’t shut down or edited President Trump, which the company says is all in the interest of free speech.

Facebook is under a siege of sorts as advertisers boycott the company’s platform over this issue. Facebook lives or dies by advertising so this is a real threat to the company if it grows and endures. It would be easy to solve the problem if Facebook just took a more rational policy, treating all posters the same, Presidents and paupers alike.

Why doesn’t Facebook just make this problem go away?

One theory is that the company fears President Trump, who is always happy to threaten any outfit he perceives as throttling his political message. If Facebook can just keep shuffling its feet until the election, the thinking goes, then Trump will lose and his threats will lose with him.

But I have a different theory. My theory is that Facebook’s policy on political free speech is entirely -- and deliberately -- attributable to Mark Zuckerberg. Facebook’s position is Zuck’s position and it will only change when Zuckerberg feels he has made his point, whatever that is.

Facebook has two types of shares identified as A and B. A shares are the common shares the company sold when it went public in 2012. Each A share carries one vote at the company’s annual meeting. Facebook B shares are original founder shares, which aren’t traded on any exchange, but each B share gets 10 votes at the annual meeting.

Through his B shares, Mark Zuckerberg holds 57.9 percent of all possible Facebook shareholder votes. He, as an individual, has voting control of the entire enterprise. He can’t be fired. He can’t even be effectively opposed. Facebook will never face the wrath of an activist investor.

Looking back to that story about Intel and Monsanto, Mark Zuckerberg engineered a lifetime position as Facebook’s key man with every critical path going directly through him. Like de Gaulle said of France, Facebook literally is Zuckerberg.

Jump now to 2020 and we can see that Facebook’s free speech position is Zuckerberg’s position because of this Faustian deal. So why doesn’t he change it and be less of a dick? Because power doesn’t exist if it is not wielded.

Even if Facebook changes policies, it will do so very slowly, because Zuckerberg doesn’t want to look vulnerable.

I don’t know what’s happening inside Facebook, but I’d guess that this is an instance when Zuckerberg wants to remind everyone who is the boss.

16 Responses to Mark Zuckerberg's pact with the Devil