Why Generation Z are the fully digital pioneers [Q&A] 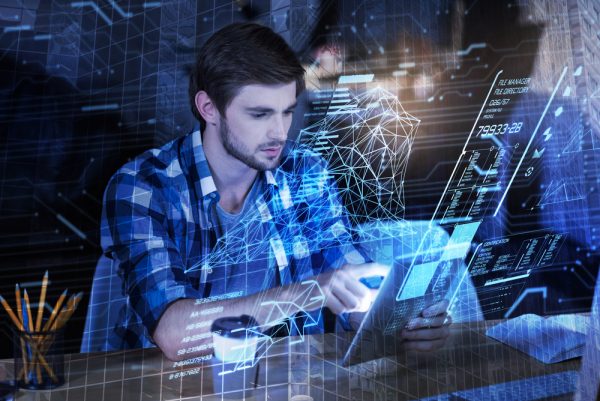 The Center for Generational Kinetics and WordPress platform WP Engine recently released a study looking at the digital habits of Europeans born between 1996-2015.

It shows that Generation Z has become the most internet-dependent generation, but what does this mean both for the Gen Zers themselves and the wider digital community? We spoke to Fabio Torlini, EMEA MD at WP Engine to find out.

BN: Why is Gen Z such an important generation?

FT: 2020 has taught us the stark importance of the digital world. Billions of people were forced to go online to work, study, and stay in touch during the COVID-19 pandemic. After years of knowing they needed to adopt digital transformation strategies, the pandemic forced organizations to not only accelerate those plans but put them into immediate action. Gen Z was born into a world that was already online, where the foundation of today's digital ecosystem was already visible. As such, this generation sees the web as the starting line, it's an intrinsic part of their everyday lives. Given this omnipresent role of connected technology, Gen Z's expectations for the digital world far exceed those of any generation that has come before them.

As members of this generation graduate from college, join the workforce, and increasingly realize their colossal buying power, they are changing the way we all identify with and are influenced by the internet and the larger digital world.

BN: This group of people seem to spend all day online -- what are the trends you have seen from this study?

FT: Based on their strong connection to the web, Gen Z's identity is deeply intertwined with the digital world. Because the internet plays such a strong role in their lives, it's not surprising that Gen Z views what they do online as their digital identity, and to a greater extent, their identity overall.

This is clearly reflected in Gen Z's prodigious content creation, but it's also apparent in the way Gen Z feels direct and personal involvement in activities, even if they only occur online. For example, 74 percent of Gen Z believe they can be part of a social movement even if they only participate through social media.

BN: What are the key differences in the way different generations access and use the internet?

BN: It's a challenging time right now for everyone. How do you think this has affected Gen Z's use of the internet?

FT: It has only accelerated trends we've seen within Gen Z, and the other generations. People are becoming more reliant on the internet and the tools of communications with one another, businesses, and the greater world. Our study found that 60 percent of Gen Z can’t go more than four hours without accessing the internet. Considering school going virtual and cancellation of public gatherings, Gen Z's entire social life has been forced online, likely increasing the number of Gen Z who can't stay offline. It took the pandemic for other generations to finally catch up to Gen Z online.

BN: Given their digital native position among other generations, are Gen Z the best placed group of people to prosper during this global lockdown?

FT: The pandemic is the defining moment for this generation, much like 9/11 was for Millennials. As such, they are still adapting to its far-reaching implications, both socially and economically. That said, they were already used to a digital world, so the adjustment wasn't as severe for them.

BN: Given how quickly the tech world moves, what are companies doing to stay relevant for Gen Z?

FT: 61 percent of Gen Z think that in the next 10 years, all shopping will take place online. If you're not providing Gen Z with the entertaining, engaging digital experiences they expect, someone else most certainly is -- the endless amount of choice available on the internet is not lost on this generation.

If 2020 has taught us anything, it's that Gen Z's version of a digital-first world is the new digital paradigm. The only real choice you have is to get on board and meet this generation where they are, digital is the new front door.

BN: What does the future look like for the internet as its increasingly adapted and designed for Gen Z?

FT: Young people have always embodied the zeitgeist of society, profoundly influencing trends and technology adoption alike. As we forge ahead in our lives, working from home, shopping for groceries online, and learning in front of our screens, Gen Z will increasingly take their place in the driver's seat of society.

Their influence -- as the first generation of true digital natives -- is now radiating outward at a faster pace than other generations of youth in their time, precisely because it is digitally-based. They've never drawn a distinction between the physical and digital worlds. For them, whether online or offline, the critical element is that they can seamlessly move between both of them.

As we’ve seen in past studies, if this generation of pragmatists, self-starters, and entrepreneurs, finds it doesn’t exist, Gen Z won't wait around for something to happen. They will build it.