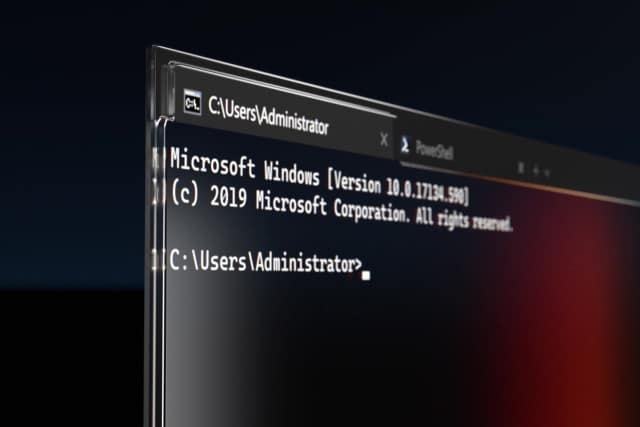 Microsoft has released two new updates to the Windows Terminal app, starting off with version 1.2 for the main release.

But for those looking to try out the very latest features, the newly launched Windows Terminal Preview 1.3 is probably of more interest. A raft of new features and options have been added including a command palette and an advanced tab switcher for easier navigation.

The command palette is a handy feature that makes it possible to search through all of the available commands available in Windows Terminal. By default, it is accessible using the Ctrl + Shift + P shortcut, but this can be changed if you like.

Microsoft explains: "The command palette has two modes: action mode and command line mode. Action mode is the mode you will enter by default and will list all of your Windows Terminal commands. Command line mode can be entered by typing > and you can then enter any wt command, which will be invoked on the current window".

For anyone who frequently takes advantage of Windows Terminal's support for tabs, the arrival of a powerful switcher will be welcomed:

We have added an advanced tab switcher to help you navigate more easily between your tabs. This is enabled by default with the useTabSwitcher global setting. When enabled, the nextTab and prevTab commands will use the tab switcher. By default, these keyboard shortcuts are Ctrl + Tab and Ctrl + Shift + Tab, respectively.

Other new features include the ability to specify a tab color for individual profiles, and a range of bug fixes and new commands:

wt commands as a key binding

// This command opens a new tab with PowerShell in a pane, a vertical pane running  the Command Prompt profile in the C:\ directory, and a horizontal pane running the Ubuntu profile.

Send input to the shell

If you want to send input to the shell by using a keyboard shortcut, you can do so with the sendInput command. (Thanks @lhecker!)

// This command navigates backwards through the shell history.

If you are someone who has a lot of tabs open (like myself), this new command is a life saver. You can now search through your tabs in a new search box using the tabSearch command.

You can set the color scheme of the active window by using the setColorScheme command.