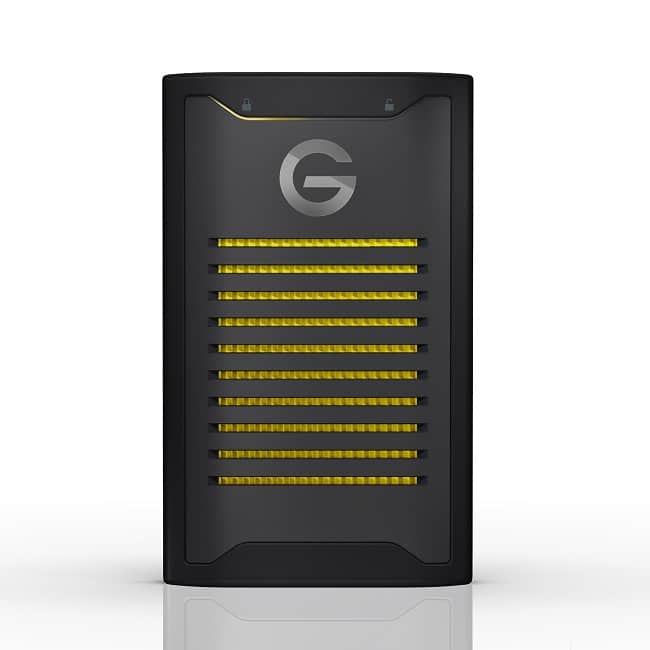 Encrypting your data can be very important -- particularly for businesses that deal with sensitive information and trade secrets. However, working with encrypted media isn't always a walk in the park. Quite frankly, the concept of encrypting and decrypting a drive can be very confusing for some end users. And so, out of convenience, encryption is sometimes skipped -- tragic but understandable.

Thankfully, thanks to things like biometrics, working with encrypted drives can be easier, although that isn't always ideal for an IT department looking to work with many users and drives. Hell, with remote work exploding, it may not be possible to set up an employee's fingerprint. To simplify things, Western Digital has developed a new platform called "ArmorLock" that allows users to lock and unlock a drive using their smartphone (Bluetooth and an app). IT departments can easily set up the drive and authorize users before shipping it out to them. Today, under its "G-Technology" brand, Western Digital launches its first-ever drive to use the platform -- the ArmorLock encrypted NVMe SSD

"The ArmorLock encrypted NVMe SSD -- delivering up to 1,000MB/s read and write speeds via a SuperSpeed USB 10Gbps port -- sets a new standard for high-speed encryption products by combining both ease-of-use and next-generation 'zero knowledge' security. With the ArmorLock app, users can unlock the device wirelessly with their phone, using face recognition, a fingerprint, or the phone’s passcode ensuring lost passwords don't cause missed deadlines. The SSD provides encryption without getting in the way of the workflow by enabling collaboration without the need to tape PINs to the drive," explains Western Digital.

The company further says, "The ArmorLock mobile and desktop apps also provide fleet managers the ability to configure and manage multiple drives and multiple users to control who has access. Especially important for collaborative workflows that require safe shipping of content between physical locations, the next-gen security in ArmorLock devices enables teams to authorize remote users before sharing the drives using popular messaging and email services." 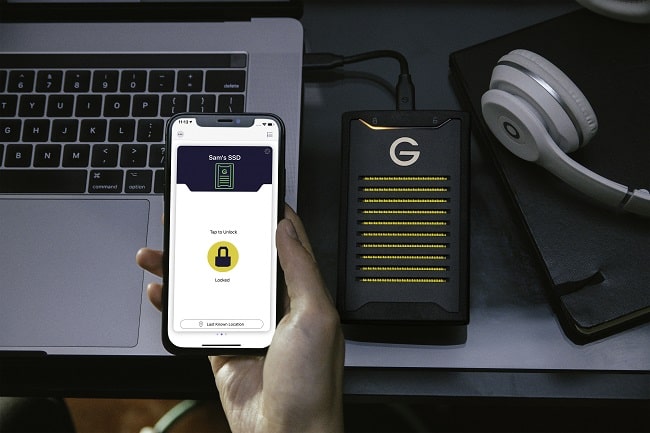 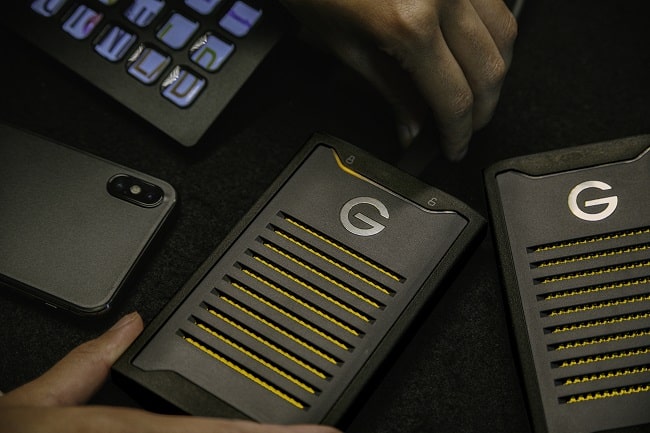 The G-Technology ArmorLock encrypted NVMe SSD isn't just rugged, beautiful, and secure, but very fast too -- it looks like a guaranteed winner. By utilizing an NVMe drive and the USB3.2 gen 2 interface, you can be assured of excellent performance. As you can expect, however, the drive is quite pricey -- especially since 2TB is the only capacity. It can be purchased from Western Digital directly here for $599.99.

If you are curious about the set up and management process before buying it, you can check out the excellent how-to videos Western Digital uploaded here.