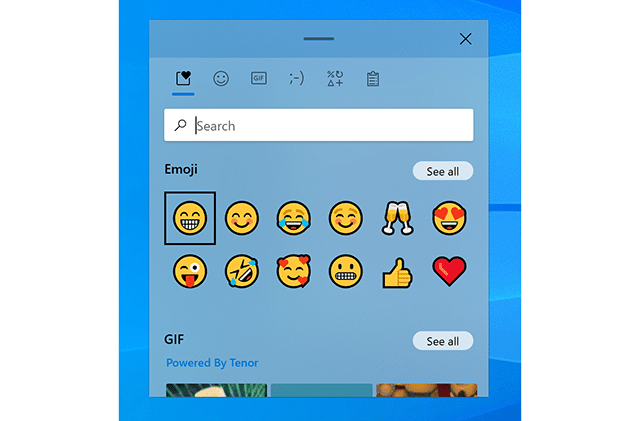 Dev Channel releases are where new Windows 10 features arrive first, and Build 20206 comes with a collection of input extras which Microsoft says will help users better communicate using text and voice on their devices.

The updated Emoji Picker comes with an improved design that Microsoft says better aligns with the company's Fluent Design principals, and this includes a new acrylic background. There’s an inline search box and animated GIF support with search too, and combined input and clipboard history.

Elsewhere, Windows voice typing, which replaces Windows dictation, comes with some improvements, including a more modern design with touch keyboards in mind, auto-punctuation, and an updated back end.

Both of these updated features are being made available to a sub-set of Insiders, not all.

This is also true of the new touch keyboard which is rolling out to some users and comes with a new design, new key press animations and sounds, and emoji search. You can also now change the cursor position using gestures on the space bar.

Other changes and improvements include:

Fixes in this build include: