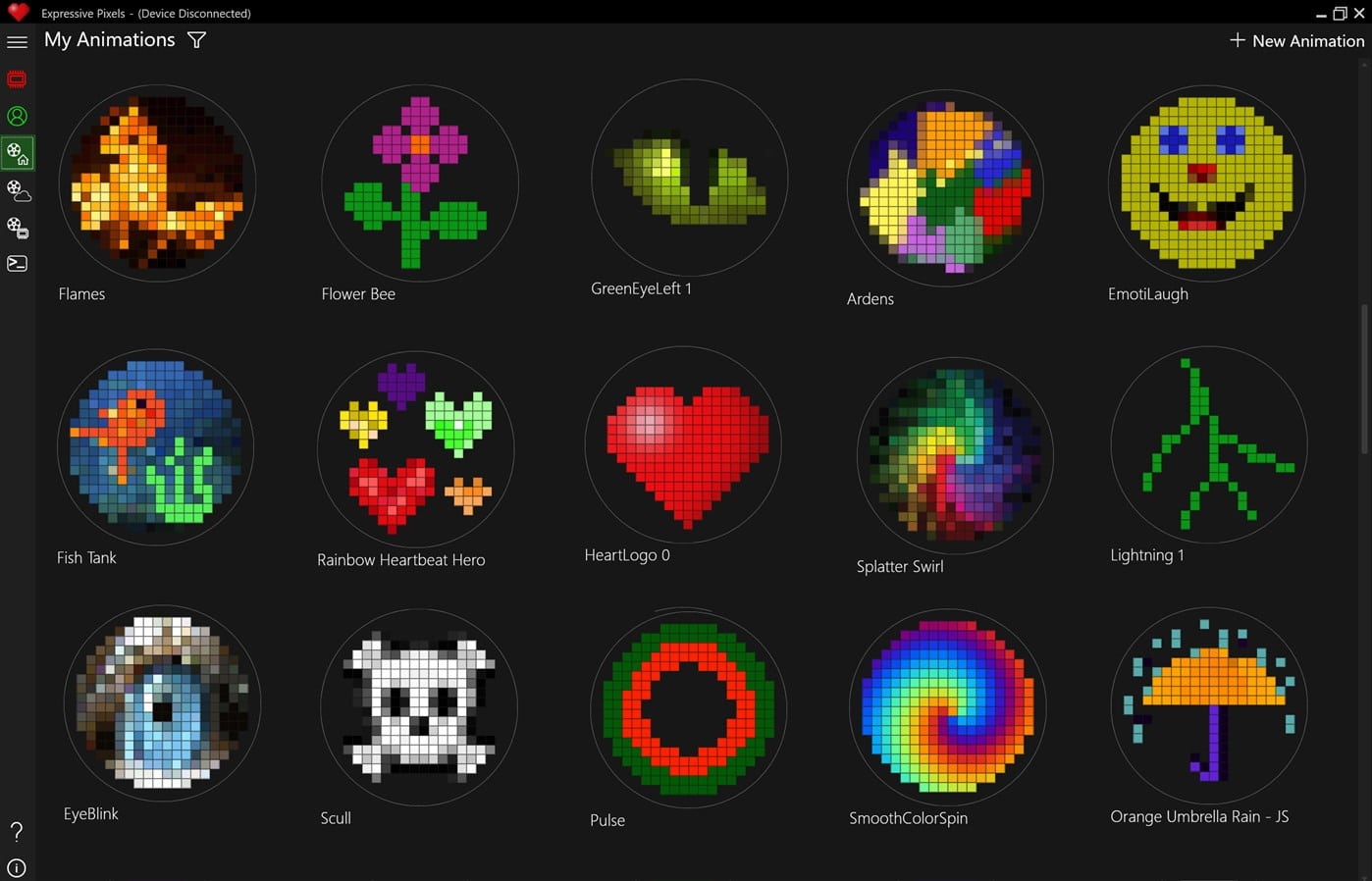 Microsoft has launched a new open source app for Windows 10 which has been designed to help users create and share animated content. The company says that the primary target for these animations is small, third-party LED panels but Microsoft Expressive Pixels can also be used to turn creations into animated GIFs which can be used in a variety of ways online.

While animations can be as simple or as complex as you like, the tools you're presented with in the app serve to make the entire creation process as easy as possible. It does not really matter if you have never used an animation tool previously, as Microsoft Expressive Pixels works very much like a standard image editing tool, albeit it one that lets you easily build up a series of frames into a looping  animation.

It is possible to use the app to create square or round animations of varying sizes -- this will depend on the specific dimensions of the screen you are designing for, or if you are creating an animated GIF instead. Whatever you are creating, you have a simple, pixel-based image editor to work with, and a fairly standard pen tool and color picker.

But there are some slightly more advanced features -- such as layers -- that allow you to experiment with more sophisticated ideas in your animation. A familiar timeline is used to display all of the frames of your creation, and it's easy to create new frames from scratch or duplicate them to use as the basis for another. If you don't feel like drawing frames by hand, you have the option of importing images from other sources.

Community is at the heart of Microsoft Expressive Pixels and users are encouraged to make their content available to others. A Microsoft Azure-powered community gallery is home to thousands of animations which can be freely downloaded and used, or even edited into something new.

There are various options included for developers, as well, and Microsoft has a forum on GitHub for sharing ideas

Microsoft Expressive Pixels is available for Windows 10 only. The app is currently in beta testing, and Microsoft is seeking feedback from anyone who tries it out.