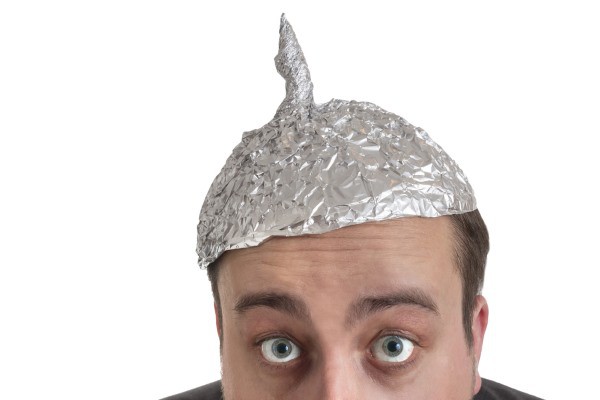 Although you may be old enough to have ceased believing in Santa Claus and the Easter Bunny (if you're not we advise you to stop reading now), there are likely to be some things you think you know about about technology that are equally mythical.

According to a survey of 1,000 Americans from HighSpeedInternet.com 86 percent believe that 5G is going to completely replace 4G. In fact it's not, just as 4G hasn't replaced 3G, so you won't have to rush out to get a new phone as 5G comes in.

Other 5G myths include the old favorite that 5G cell towers can make you ill. A worrying 25 percent of those surveyed still think this. And that 5GE (5G Evolution) is the same thing as 5G where in fact it's just a step along the way.

Around a third of people worry that low-orbit satellites like those used for Space X's Starlink internet will block our view of the night sky or would prove a problem for astronomers. In fact light from cities reflecting off clouds is a much bigger problem and the reason why astronomers like to build their observatories on mountains and in other remote locations.

You can find out more about the study on the HighSpeedInternet site and there's an infographic summary below. 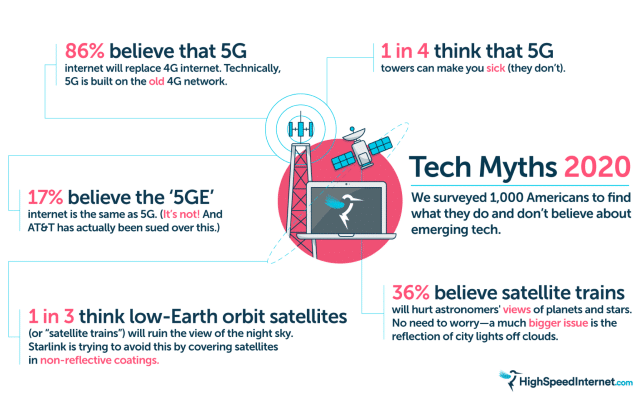