In retrospect, Apple should have made a disclaimer before the iPhone went on sale Friday at 6pm: If you want an iPhone, don't go to an AT&T store. Hoping to avoid massive crowds, many iPhone buyers ventured to smaller AT&T stores, like the one in Asburn, Virginia. But it turns out the real stock was located at Apple's own stores, and standing in line was not a requirement.

With extra employees, free water and donuts, and even teaser demos to those waiting, Apple was well prepared to handle an onslaught of iPhone customers. Some stores had thousands of units on hand to sell, and after initial lines were satisfied, anyone could walk in and buy one without waiting. No Apple store was reported to have sold out Friday night. Where did they hide all those iPhones? Scroll down. 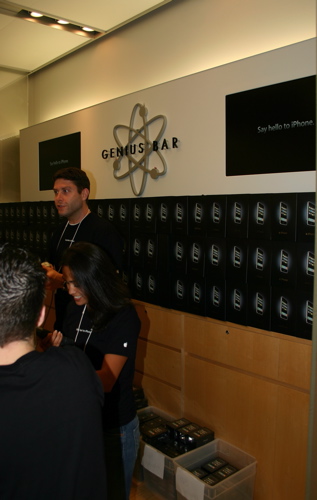 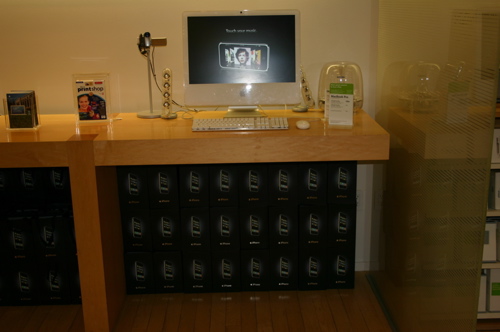