Where does Barack Obama stand on technology issues?

In the second of our four-part series examining the positions of the presidential and vice presidential candidates on technology policy, BetaNews' Ed Oswald takes a look at the Illinois Democrat.

With respect to the growing middle ground between technology and politics, it could be viably argued that no one has embraced technology as part of his or her campaign -- at least as an ideal -- more than Sen. Barack Obama.

The use of online means to recruit campaign volunteers and to incite action on behalf of candidates, dates back to the 1984 campaign of Sen. Gary Hart. Web pages became a key component of campaigning in 1996, in Pres. Bill Clinton's bid for re-election against Sen. Bob Dole.

While Gov. Howard Dean's 2004 campaign could be the modern template for serious use of the Internet in politics, Sen. Obama has used a variety of methods, including e-mail, social networking, and text messaging, to stay in touch with supporters.

But does this embrace of technology and the Internet translate into positions that technology professionals would necessarily find favorable?

A reluctant supporter of FISA

Sen. Obama's and his running mate, Sen. Joe Biden (Del.), are currently at odds over changes to the Foreign Intelligence Surveillance Act, which has more commonly been referred to as 'warrantless wiretapping.' But back in January, Obama, Biden, and Sen. Patrick Leahy (Vt.) were on the same side, with Obama saying the retroactive immunity given to telecommunications companies was unacceptable. 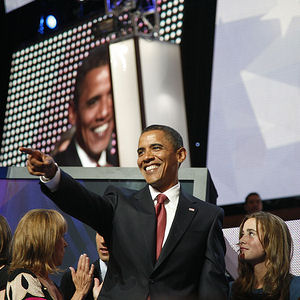 Obama's tune changed in June, when he switched positions to support compromise legislation he believed President Bush would sign. While the retroactive immunity remained -- albeit couched in a clause that enables a court to determine whether such immunity applies, though pretty much guaranteeing that it does -- Obama said in a June statement that he would work in the Senate to reverse the immunity clause. This after having voted against an amendment to strike that clause.

Furthermore, Obama said his support for the new amendments to FISA was based on the fact that it restored the its original power and intent, making it clear that the President could not circumvent the law in order to spy on US citizens without a warrant.

A believer in net neutrality

Another position which finds the two sides of the Democratic ticket at odds with one another is net neutrality. While Sen. Biden has consistently said he believes any kind of legislation to enforce equal access for Internet services is unnecessary, Obama apparently believes the opposite.

"Barack Obama supports the basic principle that network providers should not be allowed to charge fees to privilege the content or applications of some Web sites and Internet applications over others,"according to Obama's campaign Web site. On its face, the statement does not imply a stand for or against specific net neutrality legislation -- several bills have been introduced since 2005, with nearly all of them having been tabled or stalled -- though it does side with what many believe to be the ideal's basic principle.

Obama's name has appeared as a sponsor of several bills that call for the enforcement of net neutrality policies for the nation's ISPs. It appears to also be a high priority for his administration; he has said he wants legislation passed during his first year in office.

Next: Obama on how technology may make government more accountable...

84 Responses to Where does Barack Obama stand on technology issues?