The latest BlackBerry goes on 'Tour' this summer

Both Sprint and Verizon will be getting Research in Motion's new BlackBerry Tour 9630 later this summer. Both "America's most dependable 3G network" and "America's best 3G network" will make the device available for $199.99 with a two-year contract and related rebates. 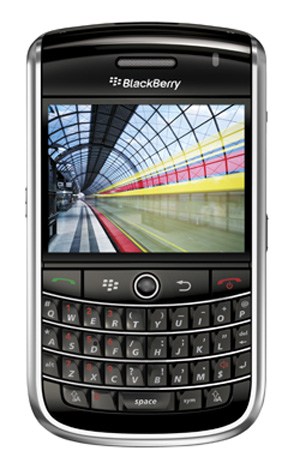 Inside, the Tour's wireless equipment includes EV-DO Rev A., UMTS and 7.2 Mbps HSPA radios for its 3G connectivity, and EDGE/GPRS/GSM for the rest, and also includes GPS and stereo Bluetooth. It is not, however, equipped with Wi-Fi connectivity.

In terms of features, it shares the Curve's 3.2 Mp flash camera with video capture capabilities, and has the same sized screen, at 2.4" with 480 x 360 resolution. The device includes 256 MB of built in memory and can support up to 16 GB through microSD/SDHC cards.