Mid-afternoon today, I asked Betanews readers: "Will you buy an Apple iPad?" The responses are in, and the majority of readers say: "No!" I'm with you. Apple's iPad does absolutely nothing to advance the tablet category. The category is part of the problem. Twenty-five days ago I asserted that the "world doesn't need an Apple tablet, or any other." The iPad, like other tablets, suffers the middle child syndrome. The device overlaps features of smartphone below and laptop above.

Perhaps iPad would make more sense if it could replace either smartphone or laptop -- although I expect some early adopters to try the latter. To you I say, "Good luck!" You'll need it if for no other reasons than the virtual keyboard and limited storage -- 16GB to 64GB. I don't see these reasons as limitations on a smartphone, because it's always carried and has constant data connection. The iPad is an extra carryall with overlapping functionality and either no constant connection or 3G service for extra $30 monthly cost. Sadly, iPad is exactly what I expected: Traditional tablet form factor with a prettier user interface. Yesterday I pined for more, but Apple didn't deliver it.

With that scathing introduction, I present randomly chosen Betanews reader reaction -- much of it even harder than my reaction:

Jeremy Reeves: "@Joe, If I understand correctly, you believe the iPad is a waste, to put it bluntly...I would agree there are more reasons to not buy one than to buy one. ;]"

Taylor Wickens: "If you ducktape the keyboard that is shown with the iPad, you have a netbook. Woopty-doo. I'd rather have a full OS on a netbook with a non-ducktaped full keyboard than the iPhone OS that can only do one application at a time. The iPad is all iHype and will certainly be a niche market item before people realize how iStupid it is."

Roger Kay (industry analyst): "Apple may just have sailed straight into the Sargasso Sea. Meanwhile, there's this video they should have found before naming it: http://bit.ly/95dAo0." 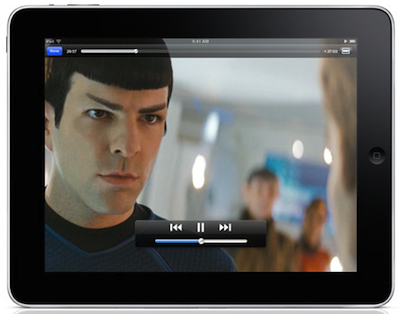 hoozdaar: "Yes, I will buy one. I'll wait a while until the price drops $100 like Apple products always seem to do. I see people are disappointed that this device is not a laptop, I don't think it's intended to be. It is a really big itouch [iPod touch] with major improvements. I love my itouch. I kill time with it, look up info and email with it, read the news and sports, etc. Even listen to music. It is always with me...I don't read ebooks today, but that seems to be the future. Several organizations I belong to want to get rid of their magazines and newsletters. I don't want [to] carry a laptop or even a netbook around with me to read things."

Kelson64: "Rather pricey for something that doesn't really do anything. The only reason I might have purchased this prodect is for the ebook capabilities (I am a very avid reader) -- but I already have a Kindle, and I am beyond happy with it. Don't get me wrong, the iPad looks really nice . I just don't see any practical use for it. Frankly, with all of the things it is MISSING (that others have pointed out here), it just seems like a waste of money."

Sudbury: "Why would you want to buy an iTablet? So you can show to your friends that your iPod touch is bigger than theirs? :P"

I always save my final judgement till I get my hand on it. But based on hardware specs, it would be a no for a few reasons:

How does one print out a document that they developed in Pages? Do I have to e-mail the document to myself so I can print stuff out? How does one efficiently upload all the photos and video I just took from my vacation? Do I upload them to my laptop and then sync them to the iPad? I can't switch off Verizon so I wouldn't get 3G. As an e-reader like for text books, how heavily discounted will these text books go? I mean 3 engineering text books cost me $300 in grad school, even more in undergrad. Will the discounts on ebooks be enough to justify the cost of this as an e-reader.

jc_lvngstn: "I don't need a tablet, I'm immune to the hype machine, etc. And even if I DID decide I'd get a tablet, it would have to have Windows 7 on it, and support multitasking."

Pwnd0z3r: "Apple creates a glorified Speak'n'Spell -- the Apple iMaxiPad -- the sad part is that probably a lot of people will buy it because they are brain dead from watching WWE wrestling. People who buy Apple products can't spell productivity or they wouldn't buy them in the first place."

I like it and might just buy it. I would love to play iPhone games on a giant touchscreen. There are other perks. But playing Peggle or Bejeweled on the iPad will be pretty cool. Sure I can and do play both games on the computer and the iPhone. Among many other games. But I like the idea of a big touchscreen for gaming. That said, I do have things i don't like. What's the deal with no Flash? I mean will it never make it to the iPad or iPhone? I mean really this isn't rocket science. I've heard the many reasons Apple might not want it on the phone. But really this is 2010, enough already. iChat would have been way cool also. Jailbreaking will give us multitasking, but really they need to give it to us at this point. It's a toy, but one that I want.

conan007: "I'm not clear who needs this. We already have smaller versions of iPad (i.e. iPhone), regular laptops (as light as MacBook Air), netbooks, Slate PCs (with real functioning OS), and ebooks (does iPad has e-paper screen?)." 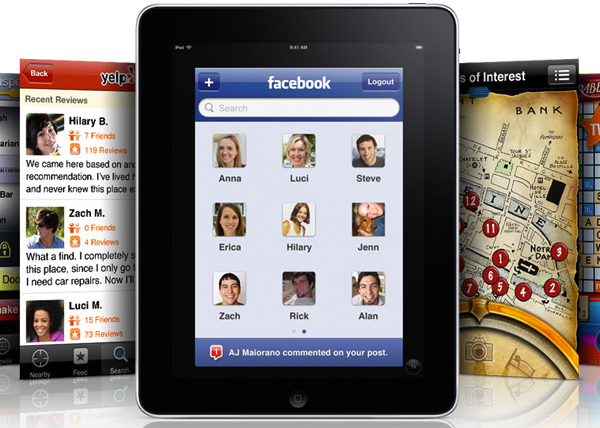 OneToOne: "Apple has jumped the shark here, plain and simple. Nothing to be particularly ashamed of, it happens from time to time to those who think they are above all judgement and can do no wrong."

Can someone please confirm whether the below is correct?

If the above statements are confirmed then no, I wouldn't buy one. I am a tech and I need something light and portable that I can carry with me and troubleshoot things. At the moment, I use a laptop.

bijuishere: "It is such a disappointment mainly because of all the big hype. No camera, no media card reader, no multitasking, no phone services, no USB ports -- will wait for the 3rd gen which will do all this. Meanwhile Apple fans can have at it."

63 Responses to Betanews readers say 'No!' to Apple iPad