Microsoft sure is gaining search share fast. Too bad it's cannibalizing Yahoo rather than gaining on Google.

A year ago, these gains would have been great cheering within the hallowed halls of Microsoft's campus. But Yahoo is Microsoft's new search partner. The two companies announced the deal, which will eventually hand over responsibility for Yahoo search to Microsoft, in July 2009. Cannibalization is not good for Yahoo, either. How can Yahoo make gobs of money from its Microsoft-powered search deal if Microsoft gobbles up search share? 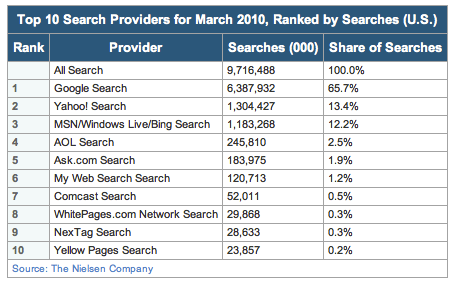 Oh, yeah, Bing advertising is helping Microsoft to convert search users. Too bad, most are coming from Microsoft's new search partner and not its arch rival. In July 2009 post "Microsoft-Yahoo deal is Google's Christmas-in-July present," I warned that the search agreement would likely lead to search cannibalization. But even before the deal is complete, Microsoft is gobble, gobble, gobbling share because of its marketing, branding and search service success with Bing.

Cannibalization already could be seen when the companies announced the search agreement. I wrote in July 2009:

Further cannibalization is inevitable, and there is likely to be heaps of it. Matters would have been worse had Microsoft bought Yahoo and consolidated all search under a single brand. My prediction: Combined Microsoft-Yahoo share will be less than 20 percent within 12 months of the deal's closing -- and that's my being somewhat generous so that I don't get totally flamed in comments.

Microsoft already is reaping benefits from its newfound search share. During fiscal 2010 third quarter, online advertising revenue rose 19 percent, or by $81 million, to $502 million. The company attributed most of the advertising sales increases to search share gains. 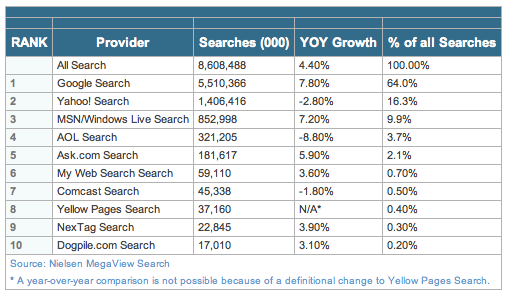 Increasing search cannibalization creates quandaries for both Microsoft and Yahoo. Microsoft is in process of logistically assuming responsibility for Yahoo search, with end of calendar year the target for US completion. But at the rate Yahoo is bleeding search share to its partner, will Microsoft end up paying too much to integrate with Yahoo search and for TAC (traffic acquisition costs)? Then there is Yahoo's responsibility for premium search advertising for both services to consider.

Then there is the larger question of whether Microsoft should have cut a deal with Yahoo at all. Perhaps the money would have been better spent improving Bing and buying more advertising. After all, Microsoft has made remarkable gains organically.

More number crunching is warranted. This post is late-day posting. I want to go through the numbers fresh and also ask for analyst comments about the overall value or cost to either Microsoft or Yahoo.