In the 20 minutes after, the two companies went on a roller coaster ride of sorts, with Microsoft failing to near $221 billion and Apple rising above $228 billion.

From one perspective, market valuation doesn't mean much. It's mitigated by several factors, including the number of shares publicly traded. But its symbolic significance cannot be understated, particularly considering the long rivalry between Apple and Microsoft and Apple's near-death experience during the mid 1990s. 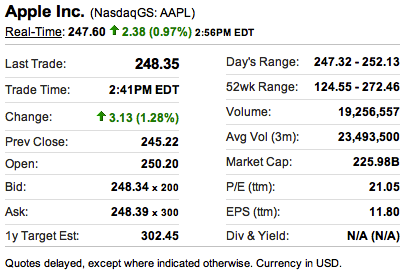 Something else: Apple and Microsoft were founded about the same time and both companies played important roles launching the mainstream PC industry in the 1980s. But since 2000, Microsoft's stock has been moribund. Apple shares started a slow surge around 2003, which the September 2008 financial collapse reversed. But throughout 2009, Apple shares rose and rose and rose. Apple shares closed at $100.10 on Oct. 28, 2008. As I write, Apple is trading at $248.15. 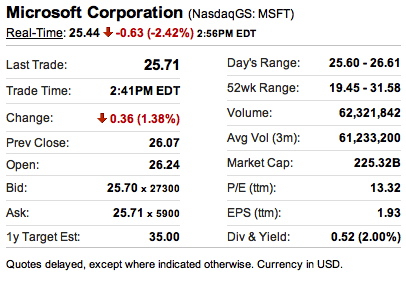