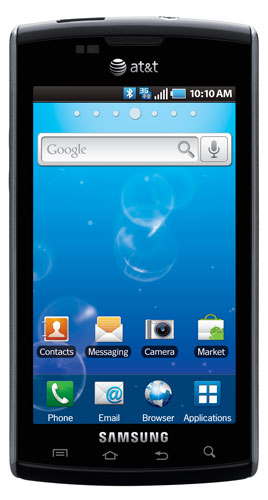 Samsung says the Captivate is "a Galaxy S smartphone," meaning it's very similar to the phone we got to try out at CTIA that is expected to come to T-Mobile later this year.

AT&T says the Samsung Captivate will be released "in the coming months at AT&T retail locations nationwide" but did not give a specific date or suggested retail price.