Ericsson: 70% of the entire world subscribes to a mobile service 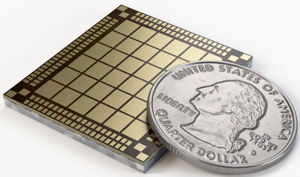 Swedish telecommunications company Ericsson is responsible for all kinds of wireless equipment, from cell site infrastructure to consumer premises equipment to mobile broadband chips. So when they talk about the industry, it would behoove you to pay attention.

Today, Ericsson announced its estimate that the global mobile market contains over five billion subscribers, growing at a rate of 2 million per day.

This is an extremely significant estimation, because according to estimates by the United Nations and the U.S. census bureau, the entire human population of the earth is only about 6.8 billion.

If the market grew by 2 million additions per day and the population remained static, the entire world would become mobile subscribers in just 2 and a half years.
Ten years ago, the company says there were only 720 million subscribers.

Today's estimate comprises all wireless subscribers, and Ericsson says that more than 500 million of these are 3G subscriptions. The company says mobile broadband is growing at a similar pace to wireless as a whole, and that it expects to reach 3.4 billion by 2015.

Of course, individual subscribers are only part of the picture. Ericsson says a key component to the future growth of the mobile industry is in machine-to-machine communications in such areas as smart metering, transportation tracking, digital signage, and connected appliances and mobile broadband cameras.

3 Responses to Ericsson: 70% of the entire world subscribes to a mobile service