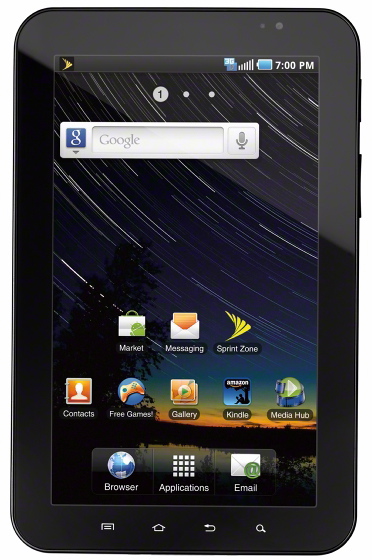 Samsung's Galaxy Tab tablet is selling remarkably well globally, according to a report in the Korea Herald. Since its launch last month, the device has sold about 600,000 units across the 30 countries where it is currently available.

While that is nowhere near the million-per-month sales rate of the iPad, Samsung's success in the space shows that there is space for another tablet device to do well. Executives say that they expect to sell about one million Tabs before the end of the year, and the company expects sales to accelerate as the entire market grows in 2011.

"We believe tablet PCs will take over a bigger portion of the market next year," Samsung mobile chief Shin Jong-kyun has said according to the Herald.

The Tab includes a 1GHz processor; up to 64GB of storage space; 3G, Bluetooth, and 802.11 wireless connectivity, and high definition playback of digital content. It also includes a front and back-facing camera, something the iPad does not have.

Carrier-subsidized pricing starts at about $400, although some carriers -- like AT&T in the US -- sell the device unsubsidized at a much higher price. The Tab also supports both CDMA and GSM technology, allowing Samsung to offer the device on as many carriers as possible.

Samsung also has quite a bit of work to catch up to the iPad, which through the first year of sales has sold over 7 million units. The iPad's strong sales have surprised analysts, who initially thought tablet computers would attract only a niche customer base.

According to Strategy Analytics, the iPad controls about 95 percent of the market.