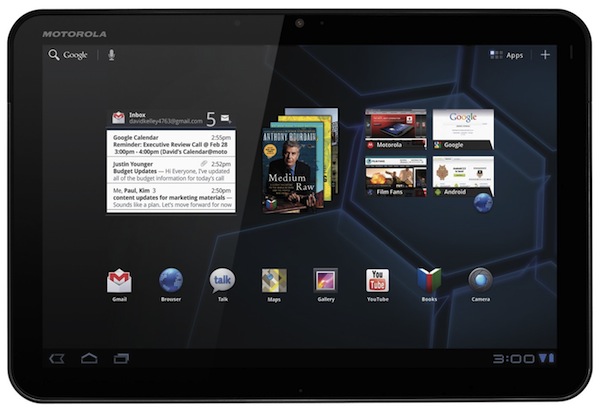 In my story two days ago about the official March 27 release, I asked Betanews readers if they would buy the $600 Wi-Fi-only XOOM. Yes, I also asked in February, but that was before iPad 2 was specked, priced, launched and sold out. Unfortunately, I asked the question again before another development. For a second time, AT&T has dropped the price on the original 3G iPad to $429, $529 and $629 for 16GB, 32GB and 64GB models, respectively. As I write the 32GB iPad 3G is sold out. There is no carrier comment. Now to those responses:

"I would pay $599 for a Honeycomb tablet -- as long as Android future-proofed the device against developments down-the-road...upgrades like NFC (near-field-communication) and a higher-scale (much-more intuitive and chat-friendly) video-chatting protocol," Carl Allen writes by email.

Scott Bronder answers in comments: "I have a hard time thinking about $600 when my Nook only cost $249 and took me 10 minutes to root."

"I would definitely get one if the price gets around US $200," Najeeb Pallath writes by email. I'll take that as a no. "Yup, $600 is great for the XOOM," Dennis Chang writes, also by email.

Joesph Horgan wonders "if Motorola and Mazda will have a tie-in. (XOOM XOOM). Would I buy at $600? Hmmm. I still [have] two days before my birthday. (Hint Hint)." Horgan commented two days ago, so Happy Birthday!

"Not at this time," Jeff Faughn writes by email. "I think the competition will get pretty heavy very soon. I do have my hopes that the new Toshiba tablet promised in spring will hold true to its hype and show up in the $500 price range. If that doesn't pan out, most likely an iPad 2 will be in my future."

Earnest Dillard wouldn't buy the 3G XOOM -- in part because of the data contract. But he's ready for XOOM with WiFi and gives four reasons:

1. Yes I would buy this without a contract at this price point or maybe even lower.

2. Phone service is spotty at best when you are not at home or a cafe and you should factor that into your purchase.

3. I welcome a device that might give Apple a run for it's money.

4. I am looking for a device that is fluid and flexable in its daily use and the XOOM and others like it look like they may bring that to the table.

"When the price get to around $299 I'll give it a look," Bob Bradley writes in comments. "There is a limit to what I will pay for toys."

By the way, I'm tempted to pick up XOOM for $600. My interest is more about the many benefits I see in Google's cloud sync and services. A friend called two days ago excited about Google sync. He was moving from Nexus One to the Nexus S and was stunned when, after logging into his Google account, the new smartphone synced up applications as well as contacts and email. "It took 7 minutes!" he exclaimed. That was over WiFi, by the way.