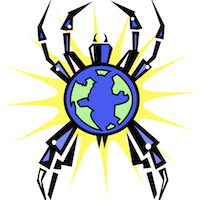 The entrance ramp to what was once called the Information Superhighway is lined with new web browsers. No sooner than a major new version is announced, out pops an alpha or beta of its successors. Google set the pace, releasing 10 Chrome versions since December 2008. Now Microsoft and Mozilla are ramping up development cycles. But is that really a good thing?

Let me put it another way: Is your Web experience all that much better today on your primary browser than it was two years ago? Three? What about upgrades? Do you like the frequency of them? Do they shatter your plugins? Please answer in comments, with some specifics.

Who could have guessed that Firefox would lead to this. During the latter 1990s, Microsoft and Netscape drove new browser version after another down the Infobahn. Then Microsoft won the race and retired. Major browser development ended with Internet Explorer 6 in 2001. Three-and-half years later, Mozilla released Firefox 1.0, just as search revenues provided capital to sustain a new browser race. Microsoft took its speedester out of storage, turbo-charged the engine and released it as Internet Explorer 7 nearly two years later, in October 2006. But that pace was still pretty slow compared to the race with Netscape about a decade earlier. Firefox gave Internet Explorer a much needed competitor, gobbling up usage share along the way.

Something long and oft-rumored happened in September 2008. Google released beta of WebKit-based Chrome. Suddenly, the browser race was going at a new pace. Then, in early December 2008, Google did something shocking, flipped Chrome's version to 1.0. This from the company known for perpetual betas -- about 5 years for Gmail. New Chrome versions continued at ferocious pace, reaching v10 last month. Only about a month separated the public beta and final release.

Google typically keeps two versions of Chrome in development simultaneously -- for example, Chrome 10 public betas and Chrome 11 developer betas. When a new beta releases to one channel, Google also makes it available to the other. Similarly, release of a new version, typically triggers beta of the next. Chrome 10 released on March 8 and Chrome 11 entered public beta two weeks later.

On the same day, March 22, Mozilla debuted Firefox 4, only about a week after the Release Candidate. Firefox spent about two years of development, a pace Mozilla wants to change for its successors. Less than a month later Aurora, Firefox's successor, is available as alpha -- and Mozilla plans to release the final browser in June. That's a helluva change in development pace, and, yes, Mozilla is responding to Google. But it doesn't stop there. Firefox 6 and 7 also are planned for 2011 release.

The race is on.

Microsoft also is operating on a more accelerated schedule and wasting no time going from one major version to another. Internet Explorer 9 launched on March 15. Two days ago, Microsoft released IE10 Platform Preview 1.

Two days ago, during his MIX11 keynote, Internet Explorer head honcho Dean Hachamovitch spoke about the importance of advancing browsers so that web content is more like native applications. Then he said something surprising, by suggesting pace of development should be a little slower rather than faster:

There's a difference between cadence and progress...What's important is progress over time. Cadence is just releases per time, how often the updates shift. Increased cadence just means bigger version numbers and more frequent updates of incomplete software. The key factor is how substantial each release is, how much progress each release makes.

Cadence is similar to other measures that most folks have moved on from, like Acid3. In fact, for the next version of Internet Explorer, we will change the cadence of platform previews to be between 8 and 12 weeks apart rather than eight. It's just more effective for making real progress with developers and the community given the time it takes to work through the issues that you report. Ultimately, the point is progress in making the web better.

Just as Mozilla hastens Firefox's development pace -- the frequency of browser builds (other than the nightly stuff that has long been available -- Microsoft slows down. Well, some Betanews commenters are sure to gripe IE development is slow enough already. But is it? However, Hachamovitch makes a good point. There's fast, and there's too fast. Then there's not fast enough.

It's risky, too, if by revving versions more frequently, Chrome and Firefox appear to improve features faster. Perception is important, and Internet Explorer does have an image problem. After speeding down the Infobahn, Internet Explorer will slow down.

Can web designers and websites keep pace? Or developers? Particularly as browser developers race to support HTML5 and make content more interactive? Or is it interactive enough? I wouldn't say my browsing has changed all that dramatically as new browser versions released over the last three years.

So my question for Betanews readers, particularly the web developers: Is web browser development moving too fast? Too slow? Fast enough? Please answer in comments.

24 Responses to Is web browser development moving too fast?