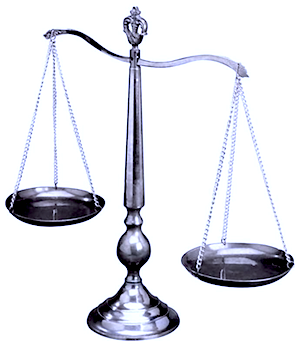 There's a strange irony about i4i's patent case against Microsoft. Yesterday, lawyers representing both companies pled their different positions before the U.S. Supreme Court -- in one of the most important, and potentially precedent-setting, patent cases in recent memory. Microsoft' defense is essentially an indictment of the patent system, including operations of the U.S. Patent and Trademark Office. Strangest coincidence: The agency was one of i4i's earliest and largest customers for the patented technology in dispute.

"The USPTO itself was the organization that realized the potential of the innovation of what we were doing," says i4i Chairman Loudon Owen. "They were our biggest customer, and the biggest rollout in history. It's a pretty cruel joke to turn around now and say that the patent office didn't understand the industry, considering they were investing an enormous amount trying to manage the whole patent process through our technology."

The significance of this irony cannot be understated because of Microsoft's objectives in the case. A win for Microsoft could fundamentally change the U.S. patent process. But Owen is confident of a different outcome. "I think we will prevail."

I spoke with Owen late yesterday while he waited at Washington-metro airport to fly back to Toronto. His patent battle with Microsoft has been a string of victories that ends -- win or lose -- with the Court's decision, which is expected within a few months.

Many Opposing Parties, One Court

Thomas Hungar presented on behalf of Microsoft, and he went first. Fundamentally, Microsoft wants to change the standard of evidence proving a patent invalid -- from "clear and convincing" to "preponderance of the evidence." That simplistically states Microsoft's position, which is broader, affecting, for example, the influence of prior art in awarding or even rescinding patents -- even the instructions given juries during patent trials. A ruling favoring Microsoft would lower the standard for invalidating patent.

"Our side is more clear, and it's pretty basic: This is the law, and it's been the law for a long time." Owen said. If there should be any change in the standards for reviewing and awarding patents, "it should be done by Congress. They put the standard into the statutes and they've many, many chances to change them if they weren't happy with the direction of the law."

In a question back to Hungar, Justice Stephen Beyer summarized Microsoft's fundamental complaint as part of question: "It's a bad thing not to give protection to an invention that deserves it; and it is just as bad a thing to give protection to an invention that doesn't deserve it. Both can seriously harm the economy -- and you are also saying that the Patent Office is out of control, not through its own fault, but there are too few people and too many inventions. And, therefore, type two error is a real risk." But he also expressed doubts about how the current system could effectively separate "the sheep from the goats."

Under the current standard, patent holders publicly disclose information in exchange for a temporary monopoly over the patented product. Conceptually, the "clear and convincing" standard offers patent holders better protection when the patent is challenged in court. However, the standard is based on the presumption that USPTO properly vetted the patent application, something Microsoft argues can't be assured.

"If the Microsoft position actually is successful, it will be devalue patents for everybody," Owen claims. That devaluing would apply to Microsoft's patent portfolio, too. Should "preponderance of the evidence" become the standard, Microsoft may find winning patent claims made against it easier but pursuing claims against others more difficult.

In 1994, Michel Vulpe, i4i founder, and Stephen Owens filed a patent for a "Method and system for manipulating the architecture and the content of a document separately from each other." The patent essentially covers deconstructing a document from its native structure, something XML came to do later on.

While it's fairly common for an inventor to obtain a patent for a process simply for the purpose of suing other companies -- better known as patent trolling -- i4i developed a product and established a sizable client base, particularly among pharmaceuticals such as Bayer, Merk and Schwartz Pharma. Microsoft showed interest during the development of Office 2003, for creating custom XML schemas. In March 2007, i4i filed a patent infringement suit alleging that Microsoft's approach to custom XML schemas in Office 2003 and 2007 violated U.S. patent 5,787,449.

In a decision undermining i4i's credibility, the lawsuit was filed in Tyler, Texas, which is a common venue for patent trolls. In May 2009, a jury found in favor of i4i, which was awarded $290 million in damages. In August 2009, a judge issued an injunction barring Microsoft from shipping Word 2007. The next day, I wrote about the case for the first time. When I started the reporting, I was ready to dismiss i4i as a patent troll, because Tyler, Texas is troll territory. But after examining the court documents, which also indicated i4i shared information with Microsoft about its XML technologies, I concluded that Microsoft probably was guilty of infringement.

"This evidence was put before the jury, it was put before the judge -- we won it at both levels," says i4i Chairman Owen. The company also passed through the patent's re-examination by USPTO. "At this point in the process, we have a company that has been found -- at every level to date -- to have willfully infringed. And they're not submitting arguments about did they infringe, was it willful or how much the damages should be -- there's nothing about their conduct and what they did or nothing about the history. It boils down to this isolated, narrow issue."

Owen can't contain his emotions about Microsoft's attack on a patent that covers technologies i4i deploys today. "Microsoft has cited our patent four times in their patent applications. They have cited our patent indirectly in more than 100 patent applications. Let me get this straight. They're alleging a bad patent, but they use the technology -- they put it in Word, the largest wordprocessing tool on the planet and in history. They were well aware of the patents. They met us I don't know how many times to find out how it worked and how it would be implemented. It's all a bunch of nonsense and spin when they talk about bad patents -- certainly in our case."

Owen talks about the unexpected difficulty competing with Microsoft, which used custom XML schemas to woo pharmaceuticals -- i4i's core customer base. "How to have the capacity -- the sanity -- to compete on the same basis as a giant?" he asks. "One way to do it is if you have intellectual property protection. Call us naive, but we thought we had a patent; we could rely upon it; we could talk to people openly, specifically Microsoft, what it did and how it worked, and that would provide the protection."

Toronto-based i4i is looking forward to getting back to business and away from the patent spotlight. "Our dream wasn't to become the folks embroiled in one of the most important patent cases in history," Owen says. "Our dream was and is to dramatically change and enhance the management of information."

I asked him what the case's ending will mean for i4i. "As you can imagine, it's been an enormous diversion, of time, energy and resources to try and protect our asset," he responds and woefully adds: "The award of damages pales in comparison to what we believe is the value of the organization we could have created during the [same] time period."