Facebook wants to be on your dumb phone, too 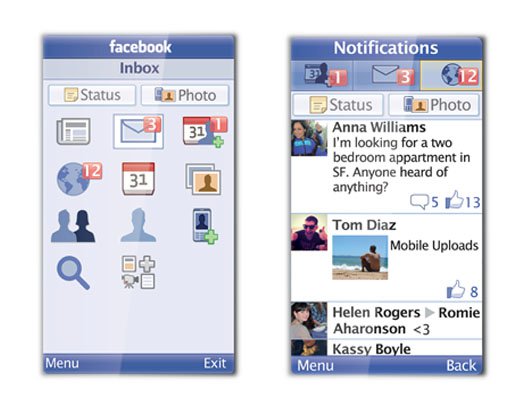 Facebook has successfully conquered the smartphone market, with its apps for both Android and the iPhone consistently one of the most downloaded. However, the company has done little to focus on the so-called "dumb phone" market -- that is, until now.

The company announced Tuesday that it was releasing Facebook for Every Phone, a Java-based app which will work on over 2,500 phones. With a good deal of the phones today here in the US and elsewhere now smart phones, the move appears more to increase Facebook's reach in developing markets.

Users of the app will be able to perform many of the tasks that users of the more fuller-featured smart phone apps can do, such as post pictures and update statuses, view their news feed and messages, but it will also allow the user to search through their phone contacts to find friends.

In order to spur use, Facebook has partnered with some carriers to offer free use of the app for a 90-day period. "This experience is optimized to use less data than other Java apps or mobile sites, making it much more affordable for people to use when the 90-day period ends," the company said in a blog post.

Those with supported phones can surf to m.facebook.com and scroll to the bottom and click the download link. A direct link to the download is also available by surfing to d.facebook.com/install. Some Java app stores such as GetJar, Appia, and Mobile Weaver will be carrying the app.

While Java is the first step for Facebook, the company said it was also working on making the "Every Phone" app compatible with more platforms.

6 Responses to Facebook wants to be on your dumb phone, too