The ARM that supported Apple while Steve Jobs was away 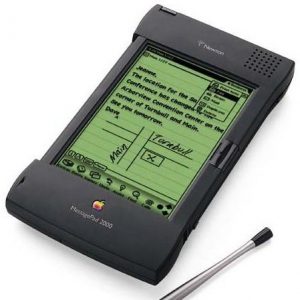 Irony, it has many faces and comes as your best friend or worst enemy. Often, the only difference is timing. Take for, example, Apple and the Newton. The Newton was Apple’s first handheld device, and it was a colossal failure in the early 1990s. Much of Apple’s success now is because of the iPod and iPhone revolution. Timing, it’s all about timing.

Most kids these days don't know the full history of Apple, they just know Apple is cool and makes amazing mobile devices. They, may not know how political infighting within the company drove the genius behind Apple (Steve Jobs) out in 1985 or the back story they almost didn’t make it to be the world's most-valuable technology company today.

When Jobs wanted to be CEO at 25, the board of directors wouldn't have it. They said he was too young for the role and refused to allow him to take the position. After much jostling, the Apple board finally brought in John Sculley to be the new CEO. Sculley was a marketing genius who helped make Pepsi competitive with Coke by introducing the "Pepsi Generation" lifestyle advertising campaign in the 80’s.

It seemed like a perfect fit, and Jobs and Sculley got along well at first. Jobs was fascinated by the successful marketing campaign Sculley introduced for Pepsi, which helped to make them a true competitor to Coke. Tension arose between the men over who should lead the company's critical future vision.

Eventually, a power struggle ensued, and Apple’s board fired Jobs. Ultimately, it was Sculley’s decision to recommend Jobs' ouster from Apple, something he publicly states he regrets to this day.

Jobs then founded NeXT, focusing on the next-generation operating system he envisioned for high-end computing. He also purchased Pixar Animation Studios in 1986 to start work on making movies using these new high-end computers.

Sculley understood how Apple was founded, but recognized he was no computer genius. Considering this, he decided to keep Jobs' approach. Despite internal indecision and misdirection within the company about what their core focus should be, Sculley went on to push Apple's first handheld computing device, known as the Newton.

The Newton, however, was way too ahead of its time -- so far ahead that Apple needed to develop a new microprocessor with an entirely new central focus. It had to be miniaturized and needed to pack the ability to push out good graphics. There simply was no mainstream processor architecture with this focus developed at the time, so what was Apple to do? One had to be innovated and developed.

Apple discovered ARM and its parent company Acorn, who were working on developing a new processor known as the "Acorn RISC Machine", or ARM.  They felt this technology could be the answer for their requirements for the Newton handheld.

On September 8, 1990, Apple purchased a 43-percent stake in the company for a reported $1.5 million dollars. Collectively, they renamed the company "Advanced RISC Machine", keeping ARM as the initials. Apple then worked with VLSI Technology and Herman Hauser (who started Acorn) to develop the new processor to run the Newton; this was the original ARM6.

After an initial release date of August 1993, the Newton went on to be a product failure. It was overpriced and simply did not sell well. Over the next few years, Apple's business model faltered, and the company ended up in worse shape than ever. They quickly ran out of options to keep the lights on and the business alive. The Newton alone had cost the company an estimated $100 million to develop. On top of that, Apple had lost its competitive edge and fell fast with internal misdirection and political bureaucracy. Quite simply, political bickering killed innovation.

An ARM and Two Legs

Jobs returned to Apple in December 1996, when Apple purchased NeXT for its operating system, which later evolved into Mac OS X. In early 1997, Jobs took on the role of interim CEO, and he immediately worked on killing all things related to the Newton -- rumors being it was Sculley’s pet project. Apple’s 43-percent investment in its ARM processor, however, was worth a fair amount of money.

Jobs returned to a company near ruin. Given the dire circumstances at hand, Apple began to liquidate their interests in the processor for $800 million over a span of time in 1998, providing vital capital to keep bankruptcy lawyers at bay. Apple might not have survived this difficult time in its history, if not for sale of ARM assets. Apple's share of ARM is estimated be worth a cool $8 billion to $10 billion dollars today.

ARM has gone on to mature and is now the basis of most cell phones and tablet devices, including Apple's A4 and A5 processors. It is the leading competitive architecture to Intel’s x86 architecture and is growing in popularity quickly. ARM’s position in the market is dominate enough that Microsoft decided to port their next flagship OS (Windows 8) to a flavor that runs on ARM, in order to stay competitive. The processor runs all Android devices and most major competitive mobile OS devices, including cell phones and tablets from Samsung featuring their own customized ARM core; Apple is currently waking a legal war worldwide against Samsung.

Ow Irony, how sweet and bitter are thee? 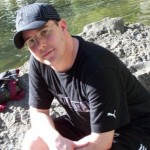 Mike Darrah is a freelance web developer, system engineer and technical journalist from Ithaca NY. He has previously prvided journalist for DMusic.com and Winamp.com covering the digital music industry.