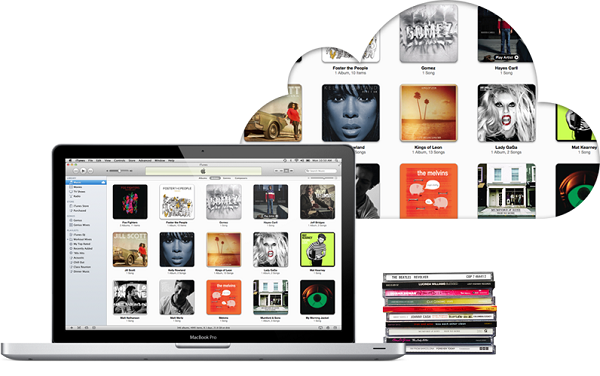 In March 2008, I wrote at Microsoft Watch: "Synchronization is today's killer application. It's either kill or be killed. If Microsoft doesn't strike the deadly blow first, Google will". Google got sync right first, but sometimes latecomers are the talk of the party, as Apple is today with the release of iCloud.

I'm not sure how many people get what iCloud is -- and more importantly what it is not. The service isn't an online storage space like DropBox. iCloud is fundamentally a synchronization service -- more importantly a push sync service. It's the feature many iOS device users will find they can't do without, and it's every company's dream product: Something that locks users into a broader platform, as Microsoft did with file formats and Office during the 1980s and 1990s.

Synchronization is the one feature no one can live without in the cloud-connected device era. If done right, sync makes your stuff available anytime, anywhere and on anything. Google has done an exemplary job with cloud sync, particularly for the Chrome browser and Android devices. Then there is pseudo-sync, where content simply lives in the cloud, such as Google Docs, and is made available via the user's online account.

Google, like most cloud computing service providers, pulls content up rather than pushes it down or around. Users store email in the cloud or upload music for streaming back to devices. Ditto for photos. Google Apps documents are created in the cloud and only leave if exported by the user.

About two months ago, I uploaded my library of nearly 12,000 songs to Google's music service, which took about 40 hours. By comparison, Apple simply syncs based on past iTunes purchases. The company obtained licensing rights from music labels, so that it can sync your library to any iOS 5 device or computer running iTunes. The forthcoming $24.95/year iTunes Match service will allow syncing of anything in your library, not just past purchases.

iCloud does most of this work automatically, and it's designed to push content to devices rather than hold it in the cloud, unlike Google services. Apple has taken a better approach to sync by focusing on its fundamental benefit to users: Simplicity. It's also unsurprising that Apple would take a sync-across devices approach, since the company generates most of its revenue from selling hardware, not offering cloud services.

Please also read: "5 things you should know about Apple iCloud"

iCloud can sync calendars, contacts, documents, email, photos and even music, among other content categories. The new online service requires iOS 5 for mobile devices, or you can access it from Mac or Windows PC. Ahead of today's launch, Apple rolled out iCloud sync features gradually. Based on my experience using them, it's sync done right. Google and Microsoft better haul ass, and fast.

Microsoft, more than most companies, should understand the huge significance of Apple controlling the sync hub and using that as carrot to pull in users and lock-in -- the stick -- to keep them there. For two reasons:

2. The large number of businesses that standardized on Outlook/Exchange because of ActiveSync. Microsoft already has a killer sync product, it just doesn't work for all content types.

Format lock-in helped drive Office sales throughout the late 1990s and early 2000s -- and Windows along with it. Businesses needed Office to share documents and to maintain backwards compatibility with a growing amount of their valuable information being stored in Microsoft file formats. I've long contended that Microsoft's push away from file format standardization is one of the reasons the company grew faster under Gates than CEO Steve Ballmer.

Microsoft offers cloud sync services today, but there are too many and not one centralized hub. Google's approach is better, using Google Profile accounts to connect sync services and Microsoft does something similar with Window Live ID. But both companies take too much of the aforementioned pull approach rather than push. Google and Microsoft should worry about Apple's ability to pull people onto its platform using iCloud, starting with the 200 million-plus devices capable of running iOS 5.

One Hub to Rule Them All

Apple's sync hub isn't equatable to Microsoft controlling productivity file formats exactly, as only some of the content is wrapped in proprietary fashion -- DRM-protected movies and TV shows purchased from iTunes. Since content is pushed out to devices, it isn't locked down to Apple's cloud, either. But the hub is the means and it is required for cloud sync to Apple products. Users can't have one without the other.

By contrast, Google is pushing data-liberation services, which let users pull their content out of the company's services and take them elsewhere. You can take your non-DRM content from Apple, but the lock-in isn't the content or wrapper but the hub itself. Killer apps typically lock-in customers by their desirability and the need to continue using them. For people who already own iOS 5-capable devices, iCloud is a huge benefit, but also hook to keep them on the platform. (Others will argue that third-party apps do that, but not if available -- as the majority are -- for competing Android.)

What iOS lacks is a truly killer application -- one thing people can't do without. Successful platforms share five common traits:

Apple has all of them covered for iOS but the second. The developer tools are there; users can choose from hundreds of thousands of useful applications; Apple has paid out more than $3 billion to developers; and there is broad third-party support for iOS, iPad and iPhone.

I contend that iCloud is Apple's killer app -- and the focus on push-sync makes it so. The benefits are hugely compelling and sure to lock-in users, by, if nothing else, giving them a feature that once used they can't live without it.