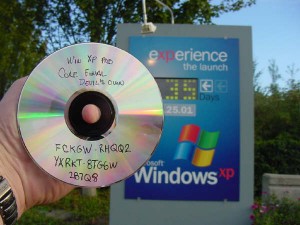 Ninth in a series. Few products have impacted more people than Windows XP. Microsoft officially launched the operating system -- the first for consumers based on the NT kernel -- on Oct. 25, 2001. That's right, 10 years ago today. But PC manufacturers started offering XP systems in early September 2001, a week before terrorist attacks against New York City and Northern Virginia. XP is the most popular Windows version ever released. Even today, depending on the analyst crunching numbers, more people use Windows XP than any other PC operating system (although Windows 7 is nearly tied).

Windows XP is a workhorse. Microsoft kept it in market longer than any other Windows version, allowing a very stable ecosystem of third-party applications and products to evolve around it. The operating system fulfilled the vision set for Windows 95 six years earlier -- release of stable, 32-bit code suitable for businesses and consumers. Microsoft's biggest development challenge: Providing compatibility with games and supporting hardware drivers that wanted access to the kernel, which NT blocked for security reasons.

Yet Windows XP was troubled long before it shipped. During the software's early development, April 2000, Microsoft lost its US antitrust case, and US District Judge Thomas Penfield Jackson ordered the company to split in two. A year later, an appeals court overturned Jackson's remedy but still upheld a dozen antitrust violations. Meanwhile competitors and privacy organizations dogged Microsoft. After a public spat with Kodak, for example, Microsoft changed how XP would import digital photos -- then-up-and-coming activity; 35mm film still ruled the day, but XP developers rightly looked to future needs.

This tension -- Microsoft as some kind of bully trying to use its success in PC operating systems to control the Internet -- hung over and around Windows XP's development and launch. Heck, in that spirit, my editors at CNET News chose to call our Windows XP launch series "The Gatekeeper". Microsoft turned out to be no such thing. Windows XP enabled people to get on the Internet instead. But that's okay, eh, as today trustbusters have found a new, accused Internet gatekeeper: Google.

Then came Sept. 11, 2001 terrorist attacks that compelled Microsoft to do the respectful thing and tone down Windows XP's planned, coincidentally, New York launch. Even with something like a $1 billion blitz planned, XP didn't get the big gala needed to drive sales forward; they weren't bad just not gangbuster. For example, according to NPD, about 650,000 Windows XP copies sold at retail during the first six weeks in market. By comparison, Windows 98 units topped 850,000.

Anyone can easily dismiss Windows XP, because it's so overly familiar, having stayed long in market and so seemingly unchanged. But Microsoft accomplished much around the venerable operating system, which quickly became a stable platform for the company, too. In fact, change defined XP during its first half-decade in market, but built on the stable platform beneath. Windows XP's evolution should be a case study for other operating system developers. Perhaps it is; I suspect that if anyone looks hard enough they'll see Apple copying -- following with Mac OS X (and iOS derived from it) a pattern of innovation by iteration Microsoft applied to Windows XP. 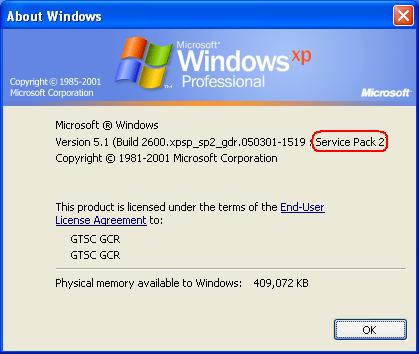 Microsoft started adapting Windows XP and planning other changes even before it shipped. There was the August 2001 agreement with Kodak over digital photo importing and months earlier modifications to the Windows desktop, where Microsoft ceded control to OEMs.

Microsoft released to manufacturing the Windows XP gold master on Aug. 24, 2001. Then-CEO Bill Gates and Jim Allchin, then-group vice president in charge of Windows, officiated the impressive event, which included a helicopter flying off gold code. By September 4, Gateway started taking orders for Windows XP PCs. Direct manufacturers Dell and Gateway had unique advantage over channel-centric Compaq and HP getting out new XP systems fast -- and they were anxious given the still stricken economy.

In cooperation with PC partners, Microsoft committed $1 billion to launching and marketing Windows XP. The New York launch event, while subdued from earlier plans still had bang, such as the concert featuring Sting. I passed up dinner with Gates the night before, suspecting that there would be news in Washington, DC. There was, with Microsoft's antitrust opponents trying to steal some of XP's thunder.

From here I'll chronicle the aforementioned innovation by iteration, which starts with something predicted in 2001 that later proved true. I wrote for CNET News on Oct. 23, 2001: "For years, software makers invented operating systems and applications that required more computing power...The release of Windows XP, however, may mark the formal end to that cycle as consumers and businesses find increasingly that the equipment they already own is good enough to run most of the software they need".

Allchin claimed that PCs purchased during holiday 1999 would comfortably run Windows XP. Moreover, XP's demands didn't much change even as Microsoft released service packs during the years that followed. This helped to establish greater stability in the Windows ecosystem, benefiting consumers, developers, IT organizations and Microsoft partners -- even PC manufacturers, which finally could focus more on differentiating brands and features rather than running the megahertz and later gigahertz rat race. AMD and Intel achieved a state of detente in the processor speed wars; Windows XP wasn't overly demanding and no successor OS appeared ahead. XP brought a state of tranquility to the Windows ecosystem.

Instead of rushing out XP2, Microsoft instead chose to extend Windows by releasing sub-versions for new device categories, and quickly.

Windows XP Tablet PC Edition. Less than three weeks after Windows XP launched, Gates introduced the Tablet PC version during Comdex 2001. Analysts looked skeptically on the tablet and stylus concept, which never really found its footing in the marketplace -- more because Gates' vision was ahead of its time. When launched a year later, with 20 partners, Tablet PCs were costly and the tech they really needed -- capacitive touchscreens -- wasn't ready for the market. Microsoft continued to evolve the concept, which led to another XP innovation, Origami, I'll recap in a few paragraphs. 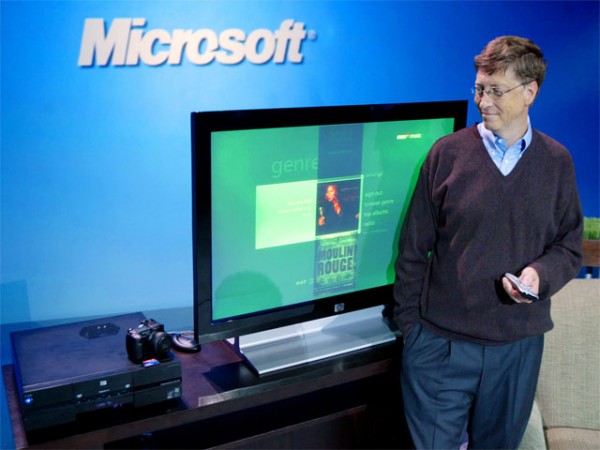 Windows XP Media Center Edition. In January 2002, during the Consumer Electronics Show, Gates debuted a secondary user interface codenamed Freestyle, which later became Windows XP Media Center Edition. The concept was brilliant for the time. XP users could access photos, music and TV programs from across the room with remote control. Microsoft's TV program guide mimicked TiVo but offered cleaner, faster and less-cluttered interface. HP kicked off the Media Center fanfare for holiday 2002, but then-No. 1 PC vendor was absent and would be for years.

My family used Media Center before TiVo. Within a week, my then 10 year-old daughter's TV habits changed. She started recording programs and within months expected me to stop live programming when she demanded. Microsoft initially limited Media Center's appeal by requiring a TV tuner and new PCs; there was no boxed software upgrades. Microsoft rapidly iterated new Media Center versions over the next three years, eventually dropping the TV tuner requirement (which got Dell on board) and later incorporated the feature into retail Windows.

Windows XP SP 1. Microsoft uses service packs to apply bug fixes and to consolidate cumulative updates. But SP1 did much more. In November 2001, Microsoft settled its US antitrust case with the Justice Department and eight states (another handful continued the fight). As part of the settlement, Microsoft agreed to provide a tool for hiding so-called middleware, such as Internet Explorer and Windows Messenger. This add-on was one of the service packs' major components. As such, released in Septemeber 2002, SP1, which also brought USB 2.0 support, constituted a major update to Windows XP.

Windows XP Starter Edition. In August 2002, XP de-evolved, so to speak. Microsoft announced trials for Starter Edition, a truncated XP version for Indonesia, Malaysia and Thailand. The company wanted to offer a low-cost Windows version in emerging markets, where piracy rates were high, without jeopardizing pricing in established markets -- hence the culling back of features, such as a lower memory capability and limits on number of running applications. Starter Edition would later become available across the globe. 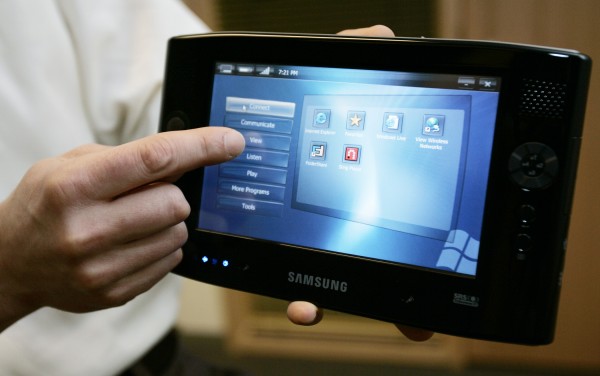 Windows XP SP 2. Following several prominent widespread malware attacks, Gates set security as Microsoft's top priority in an employee memo on Jan. 17, 2002. More than two-and-a-half years later, the priority would manifest in Service Pack 2. The update can only be described as a major overhaul of Windows XP that could -- and perhaps should -- have warranted calling it a new version. XP wasn't the same after SP2. It was better. Microsoft released the service pack on the third anniversary of Windows XP's launch.

Writing this post got me to look at XP differently, to see that Microsoft continually innovated but through iteration -- creating new products from the stable platform rather than focusing on splashy new Windows versions. It's an approach Microsoft should reconsider as it moves towards Windows 8.