Ubuntu will be on Tablets, Smartphones, TVs 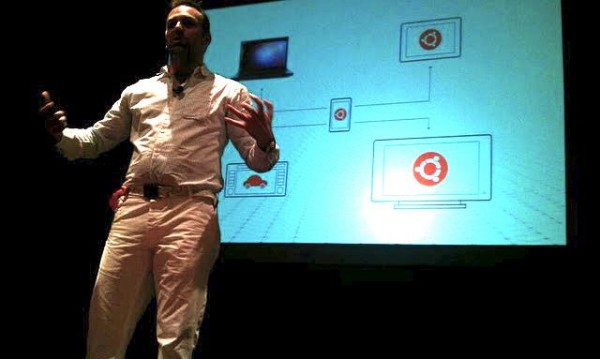 Though the introduction of a "mobile" Ubuntu has no timeline and isn't expected any time soon (Shuttleworth said it will be available by 14.04 LTS), the announcement of this new version is part of a continuing push to bring the Linux distro into the mainstream.

This push began years ago, but recently gathered steam with several big moves by Canonical.

First, Canonical announced that it would eliminate its different Ubuntu edition names and equip all of them with the "Unity Shell" by default in Ubuntu 11.04 (Natty Narwahl). This interface was first unveiled on the netbook-specific build of Ubuntu and utilized bigger icons and fewer menus to better suit devices with smaller screens (and less tech-savvy users). By the next version, Ubuntu 11.10 (Oneiric Ocelot), the Unity Shell became the only interface option.

Secondly, wider availability of the Ubuntu One suite of personal cloud storage and sync services is drawing users to the Ubuntu name in larger numbers than ever before.

Ubuntu One had amassed around one million users in the two years it had existed. But
according to Canonical today, the new Ubuntu One Windows Client attracted 110,000 new users in just the first month; 25,000 of whom had never used Ubuntu (at least directly) in any way before.

So to flesh out this broader strategy, Canonical is shooting for a presence on all the most commonly-used computing platforms today, just like Microsoft has done with Windows.

And with mobile tablets still developing in popularity both among consumers and enterprises, Canonical believes Ubuntu has a chance of making its way into that market as well.

According to most estimates, Android has still not yet established itself as the clear choice of operating system for tablet manufacturers like it has for smartphones, so there is still a place for open source tablet OSes like Ubuntu, or Intel's pick, Tizen, to make a name for themselves.

And as for smart TVs and transportation platforms, it's still anybody's game.

5 Responses to Ubuntu will be on Tablets, Smartphones, TVs