Stuck in iPhone 4S battery hell? Here's a way out 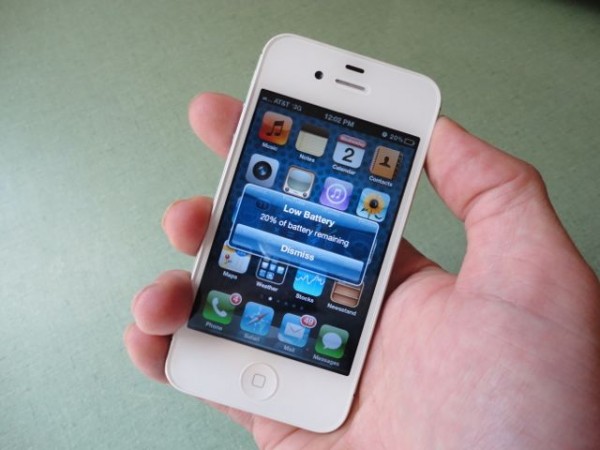 Just like many other iPhone 4S users, I am experiencing poor battery life that has left me running for the charger far more than I would like to. The issues are a black eye on what has been an otherwise stellar experience with Apple's latest smartphone.

Although I never owned the iPhone 4, I am told by those who have used both that there is a definite decrease in battery performance. We should have known, though -- in the slides of the keynote introducing the 4S, astute observers noted the standby time advertised by Apple (200 hours) was a full 100 hours less than its predecessor.

What's the cause? Is it the dual-core processor? Perhaps iOS 5's heavy dependence on Location Services? Maybe Siri, even? We really don't know. Apple has been pretty much silent on the issue.

My iPhone 3GS was piss poor when it came to battery life, generally requiring a recharge at least once a day. At points it certainly seems like the battery drains on the iPhone 4S far faster, and for a heavy smartphone user like myself that is a problem.

Frustrated users have started a thread in Apple's support forums that now has surpassed 3,000 replies and has nearly 200,000 views as of midday Wednesday. Like myself, they complain of 3GS-like battery life: "Seems to lose 1 percent every 3-4 minutes, even when locked/asleep". The posts also have users engaging in crafty tactics to conserve battery power.

What can you do in order to squeeze more life out of the 4S' seemingly bum battery? Here are five tips to keep you away from the phone charger which I have already been using.

1. Turn off features. Location Services will run continuously. Crappy battery or not, this will significantly reduce battery life regardless. Look through the list in Location Services and turn it off for apps which make no sense to have it (for example, Angry Birds actually uses your location. WTF?) Bluetooth should also be shut off if you're not using it.

2. Do you really need those emails right away? Some of us are truly connected to our e-mail accounts at the hip. But, every time our phones go out to check for new messages, it's sucking a bit of your battery. Set it to longer periods of time, or on demand -- meaning you have to tell it to check. Don't worry, those who email you can wait a few extra minutes for a reply.

3. Your screen doesn't need to be that bright. Just like a laptop, screen brightness plays a direct role in overall battery life. Just turning the brightness down by a quarter of what it is will give your 4S a bit of a power boost.

4. Forgo WiFi sync. While it's certainly cool that you can sync that iPhone without wires, it's a battery drain. Using WiFi (or heck, 3G) to transfer large amounts of data is a battery drain. Just connect your device to computer via USB like you used to. Your battery will thank you.

5. Maintain your battery. While batteries these days suffer far less from "memory" issues from being recharged before being fully depleted thus shortening battery life overall, it still happens. Every once in a while it's a very good idea to let your battery drain completely, and then recharge completely. Some on the support forums have even reported this simple process has resulted in a noticeable increase in battery life. It may be worth a shot.

Are you a disgruntled iPhone 4S user, perturbed over its battery life? Sound off below. We'd also love to hear your own tips that you may be using. In any case, we can all hope that Apple fixes this problem soon.

51 Responses to Stuck in iPhone 4S battery hell? Here's a way out