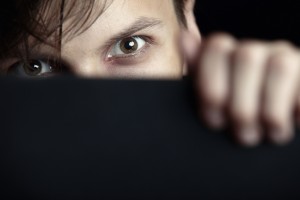 Okay, the stupidity lies with cellular carriers who let the tracking software onto their phones. Their actions will irreparably tarnish the industry's image and quite likely lead to unwanted government intervention. I'm assuming, of course, that Carrier IQ really is as bad as Android developer Trevor Eckhart claims. My God, what if it's worse?

Carrier IQ is tracking software that behaves every bit like a keylogger -- installed at a low-level like a rootkit would be. It logs all activities. That's right. Everything, even when the phone is disconnected from the network, or when using WiFi, and it continues its privacy-violating ways even after a cellular subscriber's contract has expired. Simply put: It's an abomination. It's a violation of privacy in the worst way, because cell phones are the most personal tech devices and used to maintain the most intimate relationships.

For those paranoid people worried someone is watching them, somebody is. It reminds me of Police song "Every Breath You Take", which contrary to popular convention is not a love song. Songwriter Sting says it's about stalking:

Carrier IQ is watching you.

This scandal is much worse than the Sony rootkit, installed on music CDs, Mark Russinovich uncovered six years ago. That privacy invasion led to numerous lawsuits subsequent settlement in 39 states and another with the Federal Trade Commission. Sony rootkit is a single car crash, while Carrier IQ is a plane smashing into a crowded Interstate highway during rush hour.

Ongoing Facebook privacy issues, including this week's FTC settlement and agreement to 20 years oversight, pale in comparison to Carrier IQ. Because the question isn't how many people is Carrier IQ watching but how few. The number of global cellular subscribers is enormous. Severity really depends on the scope of Carrier IQ usage -- how many carriers in how many locales.

For Americans, the Carrier IQ scandal is invitation for increased government intervention to protect their privacy and security -- that of federal agencies, too. Six years ago, savvy hackers used the Sony rootkit to hide Trojans. What security problems lay in wait -- if they haven't been exploited already -- from software so deeply hidden and running at such low levels in Android and iOS, and who knows where else? Surely, any cybercriminal delights in such opportunity -- tapping into a running process that tracks everything done on hundreds of millions of handsets. "Merry Christmas!" What a present! Government has as much concern protecting its own security (and privacy) as citizens.

The tech industry has long held a hand up to government, promising to self-police, self-regulate. "We will be responsible. You can trust us". But Carrier IQ sends a different message: "You can't be trusted". Not when there is potentially so much money to be made tracking people's behavior. That has been the concern about Facebook or Google. But Carrier IQ is so much worse because it acts like a keylogger.

Carrier IQ is the perfect election-year scandal, particularly when Democrats and Republicans can't seem to agree on anything or with state attorneys general up for re-election. It's ready-made for both sides to rally behind a common cause: Protecting Americans' privacy. Surely the FTC will intervene. Capitol Hill hearings are likely. Perhaps the tech industry will come under new scrutiny -- and even new legislation -- as lawmakers and regulators realize their worst fears: That companies like Apple, Facebook, Google and Microsoft have more control over Americans' privacy than they do. Wireless carriers make matters much worse.

Carrier IQ is an evolving scandal. The extent of tracking may increase, or decrease, as there is more investigation. It's still not 100 percent clear how many carriers use the software, which handsets are infected, the full number of operating systems affected or what exceptions there are. On the latter point, for example, it looks like pure Google devices, such as Samsung Nexus S or Motorola XOOM, are Carrier IQ-free.

I'll end simply by asking for your reaction, which you can give in comments.

99 Responses to Carrier IQ is stupid