Microsoft's 'future of TV' isn't in my house 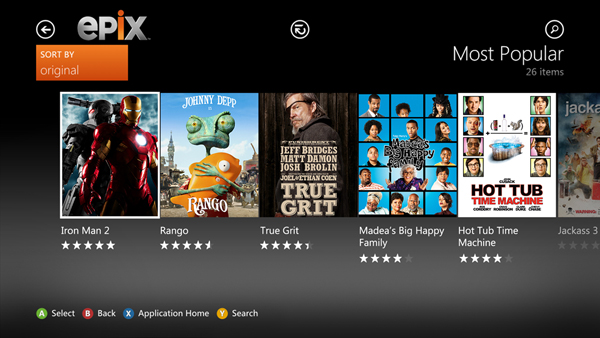 I need your help. For weeks, I've asked Microsoft and its PR agency for Xbox 360 and Kinect loaner for review. BetaNews never reviewed Kinect, and I surely wanted to report on the big, splashy Xbox updates coming this week. Xbox 360 and Live are getting major entertainment makeovers, and I wanted to give BetaNews readers all the juicy details. New game console isn't in my budget, and I certainly wouldn't buy one just to review an update, no matter how big.

I ask the BetaNews community to chip in and offer reaction -- even to review -- the new Xbox 360 dashboard and exciting Xbox Live services -- and companion app for Windows Phone. Even if Microsoft suddenly shipped Xbox 360 and Kinect, I would still start from behind in the review process. The dashboard update comes tomorrow. Your participation is vital to getting out information to other readers, who might be debating whether to buy Xbox 360 or another console during the holidays. Please share your experiences in comments, or email joe at betanews dot com. If you'd like to write a review, email only, please.

There are several important nuances to the December 6 updates, with voice control -- even more than what Microsoft offers now -- being top of the list from a platform perspective. Microsoft is making a big push into natural user interfaces, with Kinect being front and center. But voice control also is important and comes not long after Apple captivated some iPhone 4S owners with Siri. If you've got iPhone and Xbox 360, your reaction to both would be invaluable.

I held off reviewing Google TV 2, thinking a comparison with new Xbox television features would be better. Bonus: I'm a subscriber to AT&T U-verse, which uses Microsoft's Media Room software. Google and Microsoft are both vying for the living room, as is Apple, and then there's incumbent Sony, which distributes GTV. If you've got Apple TV or Google TV and Xbox 360/Live, please offer comparative impressions -- ideally as full review rather than something in comments.

Microsoft has amassed many TV and other entertainment partners for updates rolling out this week and beyond. The United States isn't the center of the planet, which might surprise many Americans. If you live internationally, please offer review/reaction, too. Australian Broadcasting Corp., GolTV, Mediathek/ZDF and Rogers on Demand are among the content partners coming later this month to Xbox 360 and Live.

Today, we’re launching a new Xbox 360 experience that connects you with your favorite entertainment and games like never before and makes finding and enjoying entertainment as simple as it should be.

It’s a vision we shared at E3 and I’d like to thank you for all of your valuable feedback along this incredible ride and share a little more about what we have in store this holiday – from Beacons, cloud storage and Facebook sharing, to our latest entertainment offerings.

Building upon our great lineup of partners, we’ve teamed up with nearly 40 of the world’s leading TV & entertainment providers to bring you an array of live and on-demand TV, movies, games, sports and music experiences. The first wave of new partners rolls out today with experiences like EPIX and TODAY (MSNBC) in the US, LOVEFiLM in the UK, Sky Go in Germany, Premium Play by (MediaSet) in Italy and Telefonica España – Movistar Imagenio in Spain. And we’ll continue to roll out more entertainment content to Xbox Live in the coming months.

Beyond entertainment, you’ll find a number of features designed to make your Xbox experience more personal, social and effortless. The dashboard has an entirely new look and feel and a completely reimagined interface that makes your entertainment accessible through simple voice commands. Now, using voice search with Bing on Xbox, you can find and play the programming you want across multiple entertainment providers without having to search for a remote control. In the mood for ‘The Office?’ Just say “Xbox, Bing, ‘The Office’”, and Xbox will display all episodes available from various entertainment apps across the console.

We’re also bringing you Beacons and Facebook sharing, further integrating social into your Xbox experience. Before jumping into an episode of ‘The Office,’ you can activate a Beacon to let your friends know that you want to play, say, “Gears of War 3”. Then, sit back and relax with the Dunder Mifflin crew. The Beacon will let you know when a Live friend is available for a round of Horde in Gears. After the game, use Facebook Sharing to tout your achievements and showcase your in-game accomplishments through direct posts.

While we’re proud of our capability to connect you remotely to the global community of more than 35 million Xbox Live members, sometimes there’s nothing like being with your friends and family. And so we’ve added cloud storage so you can access game saves and your Live profile, including achievements, from your friends’ consoles as well.

Lastly, with the ever-expanding library of content available, we realize Xbox is enjoyed by all members of the family. Rest assured that our parental controls have improved in parallel with this new content. Parents can manage their child’s console activity, sharing on social networking sites as well as regulate access to games, movies, television, and music. Additionally, the update brings enhanced navigation to Xbox 360 Family Settings to better integrate with Kinect.

We strive to continually innovate and bring meaningful experiences to each and every member of the Xbox Livecommunity. Currently, our community is already enjoying 2.1 billion hours of entertainment each month. We imagine this number will only continue to grow as you discover enhanced entertainment on Xbox this holiday that is instantly searchable, easily discoverable and enjoyable in extraordinary new ways. We hope you enjoy this new chapter in the evolution of Xbox and continue to push us to write the next.

If you're an Xbox fan and would like to let everyone know what you like (or even not) about the big dashboard and services updates, once again, please comment below or email joe at betanews dot com. 80 Responses to Microsoft's 'future of TV' isn't in my house