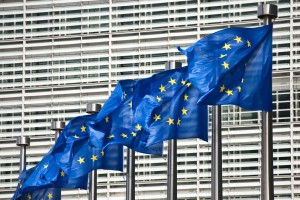 The European Union has stopped its review of the planned merger between Motorola Mobility and Google, a filing posted to the European Commission's website on Monday says. The EU is asking for more information, and will continue its review once it is received.

EU officials halted the merger review on December 6, according to the website. Both companies said they expect the merger to be completed in 2012, and even with this delay there should be no trouble in meeting that deadline. Google describes the request as "routine", so it seems likely that the merger will still go through without any issues.

Google sees its acquisition of Motorola Mobility as vital to fighting off increasing litigation threats from Microsoft and Apple over what they claim is infringement of patented technologies within the Android operating system. The Motorola acquisition would give Google access to about 17,000 patents.

Motorola also provides Google with a hardware business. While the Mountain View, Calif. company has remained coy on its plans for any "Google phones", Motorola certainly gains an advantage that other Android manufacturers do not have.