Has the 'App Economy' landed you a job? 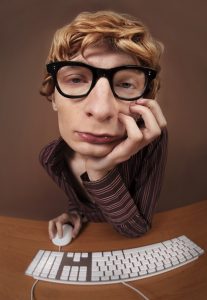 A new study from CEO network TechNet suggests that the surge in smartphone and device app development has created 466,000 jobs since 2007, welcome news for those looking for positives in an otherwise tough economy. But has it landed you a job?

The study, conducted by former chief economist for BusinessWeek Dr. Michael Mandel took into account not only the "pure" app development firms like Zynga, but also companies where apps have become a necessary secondary business such as Electronic Arts or Amazon, and even those providing infrastructure and platform support for the App Economy including Google, Apple, and Facebook.

"On an economic level, each app represents jobs -- for programmers, for user interface designers, for marketers, for managers, for support staff", Mandel contends. "Conventional employment numbers from the Bureau of Labor Statistics are not able to track such a new phenomenon".

Mandel argues further that the growth in jobs is not limited to traditional areas for tech: New York (arguably a fast-growing tech hub) accounted for 9.2 percent of help wanted ads for app development. This was followed closely by the San Francisco area at 8.5 percent and San Jose, Calif., Seattle and Los Angeles.

In other words, there's a lot of app jobs everywhere, he claims.

"Probably one reason for New York’s prominence is the concentration of media, advertising, and finance in the region. These are all sectors where major companies have been virtually forced to create apps or be left behind", Mandel says. "Indeed, the App Economy may be playing a key role in keeping the New York City economy afloat during the downturn".

That makes sense. Still, it seems like the definition used here is overly broad. Are all 466,000 jobs Mandel claims created truly as a result of the rise of the app? That sounds a bit too good to be true. To be fair though, Mandel does estimate that 155,400 of those jobs were created as a direct result of app development.

Considering the nearly one million apps out there, that may be close to accurate. But let's ask the question the title of this story does. We have quite a few developers who are regular readers of BetaNews. I want to know, have you found a job as a result of the App Economy?

It's time to put Mandel's argument to a real world test.