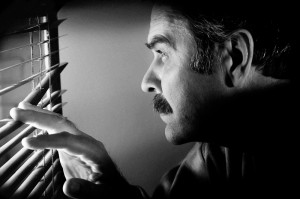 Can’t wait for the summer release of Mountain Lion, the next version of OS X? If so, then you might be interested to learn that while developers are getting their hands on a preview version of Mountain Lion, humble users like you and me can get a glimpse into one of its new features right now.

That’s right, if you’re a Lion user who’s nicely updated to OS X 10.7.3, you can try out a beta of Apple Messages, Mountain Lion’s successor to the iChat application.

As its name implies, Apple Messages Beta is exciting for Apple aficionados because it brings iMessage to the Mac platform. This popular IM/chat tool, which was introduced in iOS 5 for iPad, iPhone and iPod touch last year, can now be extended to your Mac ahead of schedule by installing this beta.

Messages Beta will overwrite your iChat application, but don’t worry -- it contains all of the functionality of iChat as well as support for iMessages. Oh, and you can get shot of it easily enough too -- if you decide it’s not for you, or the beta proves more buggy than it’s worth, just open Messages and select Messages > Uninstall Messags Beta to dump it courtesy of Software Update.

So, what does Messages Beta bring to the party for Mac users in terms of iMessage support? Everything you’ve come to expect from the iOS version, of course: the ability to start a conversation on your Mac or portable device, then continue it on another -- all while keeping everything neatly in sync (the downside is that your Mac will chime in with your other portable devices every time a message is received, but hey ho).

You can, of course, share all of kinds of stuff, including photos, video, contacts and more, through iMessages and you can also launch a FaceTime conversation direct from the app. OK, this simply launches the FaceTime app on your Mac, but again with the ho and the hey.

All of this functionality resides on top of existing features found in iChat. That means the iChat Theater (now renamed Theater) remains, as does support for selected third-party IM accounts, namely Google Talk, Jabber, AIM and Yahoo! Sadly, while your buddy lists for these accounts remains neatly in place, there’s no such contacts directory for iMessage; you have to remember your friends’ Apple ID to initiate a conversation. 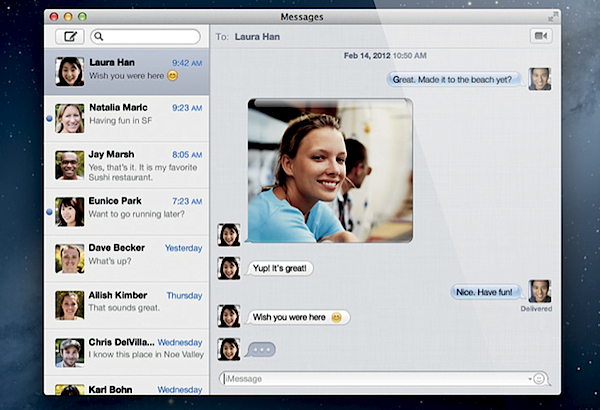 Everything works as you’d expect it to -- look out for the iMessage-like speech and thought bubbles, and the ability to recall previous conversations (and delete individual ones) from the left-hand pane. Oh, Messages window is persistent, so you can leave it open while getting on with other work.

Apple Messages Beta is available now as a free download for Macs running OS X Lion 10.7.3 or later. The final version will appear in OS X Mountain Lion on its release this summer.