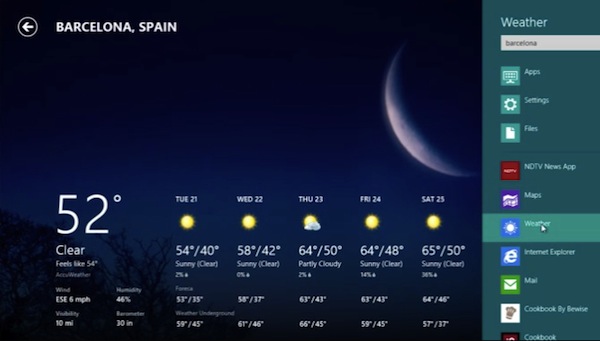 In IT, change often isn't a good thing, and Metro brings lots of it.

Which Computers Will Run Your software?

Metro may be pretty and over time improve usability, but the UI will only exist on Windows 8 computers. This means trouble running Metro apps on PCs running older Windows versions. If your business has even dozens, hundreds or thousands of existing computers, designing an application for Metro will create a compatibility nightmare.

Effectively, Metro eliminates a huge computer base for your new software. In the past a new, version of Windows didn't have this drastic an effect. Microsoft had your back, by assuring full backward compatibility. You could easily design software that would run on at least two or three different versions of Windows, including the latest one. You could even design software that ran on multiple versions of Windows, but when run on the latest version would impliment new features only available to that operating system.

Microsoft gave you best of both worlds. But not so with Metro. You can't make a non-Windows 8 computer run a Metro application in any shape or form. So if you want your applications to be able to run on as many different computers as possible in your business, new and old,  then design them for the desktop. And, yes, Windows 8 provides a desktop motif. It's not all-Metro or nothing.

Why Not Just Upgrade Everything?

While Microsoft currently says that any computer running Windows 7 will be able to run Windows 8, common sense dictates that upgrading en masse an entire business would be problematic at best. Things rarely work as easily as one hopes in things like this. There are too many considerations before upgrading that many computers:

So unless you plan on buying all new computers for your business, then seriously consider whether Metro is the best choice for certain applications your business may develop.

So Should You Totally Skip Developing Metro applications?

The point is to choose wisely when Metro software development may be worth it. For example, Windows 8 should bring more Windows tablet PCs to market, and Metro may be the perfect choice for your business to develop new tablet-based software.

Since you likely will purchase new tablet PCs rather than using existing ones, it makes sense to develop Metro applications. Also since a tablet PC usually is quite expensive and many used in business today run Windows 7 too, it actually would be cost-effective to spend the money to upgrade them to Windows 8 (if they have the necessary requirements for the upgrade).

Compared to buying a new tablet PC, upgrading usually is cost-effective. So Metro application development might make a lot of sense in this case. Windows 8 is a lot nicer for a tablet than Windows 7, so it would likely be worth upgrading and developing Metro applications for tablet PCs in a business. Assuming that you plan to deploy them or upgrade existing ones.

Is Your Software Going To Be Used By Customers?

Another consideration: Whether your business will develop software for use by your customers. Some companies provide free downloads of software to customers, which allow them to better access services they may provide. Maybe you sell the software to your customers.

So should you design for Metro?

Developing software for Metro again creates a problem in that it may take some time before your customer base reaches a point where the majority of them have a Windows 8 computer. If you design only for Metro then you could lose out on a significant number of customers. The desktop will have a larger possible user base for a number of years.

Consider Windows 7. More people use Windows XP, which is nearly 11 years old. You can ill afford to not have a majority of your customers not be able to use your software because it is a Metro application. While designing your software both in a Metro format and a desktop format would give the best of both worlds, also remember that development costs could be twice as much. So count the costs carefully.

Metro Is Still Important Though!

Despite the considerations noted above, many businesses should seriously start working on Metro development as soon as possible. Why? At some point in the future, Metro will become more mainstream and likely it will make sense to develop Metro-only applications. Rather than wait until that happens, it makes sense to get started now in building an in-house Metro development team, because:

Metro is so very new, that it will take time to fully evaluate the pros and cons to Metro development. This is a really big change for Windows and it should be taken slowly and very seriously, but don't wait to get started learning about Metro software development.