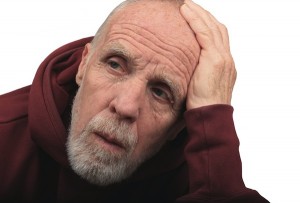 Microsoft has released betas of its various Visual Studio 11 editions -- Ultimate, Premium, Professional, Test Professional and Express -- along with Team Foundation Server and the .NET Framework 4.5.

And of course it’s no coincidence that the latest version of the IDE has arrived on the same day as the Windows 8 Consumer Preview. Visual Studio is all about developing for Windows 8, and its integrated tools for publishing directly to the new Windows App Store will make it much easier for developers to reach a potentially huge market.

The change you’ll notice first is what Microsoft calls Visual Studio’s “minimalist” interface. Color has been largely stripped out, toolbars removed or refined in an attempt to reduce distractions within the IDE and free up more workspace for browsing your code. Meanwhile you can now browse code directly from the Solution Explorer, helping to further reduce on-screen clutter as you’re less likely to need to open additional windows.

Productivity improvements include the ability to pin frequently used files to the left side of the tab well for easier access. You can now preview files directly from the code editor; the new Quick Launch feature helps you locate commands, open Options dialog boxes or switch between open documents; and there’s enhanced support for multi-monitor setups (you can now float multiple windows together from one monitor to another, and bring them back with a keypress, for instance).

If you’d like to sample all this for yourself then the simplest solution is download the high-end Ultimate Edition ISO file. And the good news is that you can install and run this alongside Visual Studio 2010. Although whether you want to do that is open to question, as the setup process will carry out an in-place upgrade from .NET 4 to .NET 4.5. Microsoft claim it “provides very high app compatibility for all .NET 4 scenarios”, but that doesn’t mean you won’t have problems, although you can at least uninstall it if things go wrong.

If you’re looking for one of the other editions, though, Premium, Professional and Test Professional are available from the Microsoft site, along with Team Foundation Server, various Visual Studio Express editions and assorted standalone installers: .NET 4.5, the Visual Studio SDK and so on).