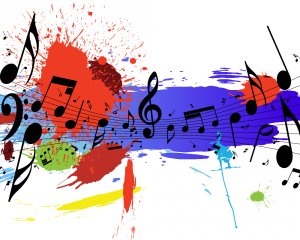 It’s official. More than six years after its last stable release, Audacity 2.0 is now available. This open-source, cross-platform audio recording, editing and mixing tool is often bundled with audio hardware devices and has garnered a huge following since it first appeared.

Audacity 2.0 is based on the 1.3.x beta channel, which means those currently running this version of Audacity, the only version to support the latest Windows and OS X operating systems, won’t notice any differences between this and the latest beta release (1.3.14) that appeared in December.

The first 1.3.x beta release debuted in November 2005, and has been updated 14 times in the intervening six years. At the same time, development on the older, stable channel stalled, with Audacity 1.2.6 the last official release back in 2005.

Despite the small version number jump from 1.2, the rate of development on the 1.3.x beta channel fully justifies the stable release being afforded a 2.0 version number. Aside from extending support to later OSes like Windows 7 and Vista, and OS X Snow Leopard and Lion, Audacity 2.0 has seen the interface overhauled, the introduction of new features like project saving and recovery as well as timer recording, plus support for a wide number of import formats, including WAV, OGG and MP3.

The rate of development accelerated last year, with two major updates in April and December. New features introduced in version 1.3.13 included a “sync-lock tracks” feature, support for importing and exporting curves in Equalization and improved Automatic Crash Recovery as well as an Extended Import Preferences for specifying audio file importers.

Version 1.3.14 saw more in the way of improvements rather than new features: Normalize now preserves left-right balance in stereo tracks by default (independent normalization is now available as a separate option), while CleanSpeech Mode has been removed from Preferences.

Version 2.0 first surfaced in Release Candidate form on February 17 via Audacity’s forum and has swiftly progressed to final release status, providing users on all platform with a long overdue stable build.

Audacity 2.0 FINAL is available now as a free, open-source download for Windows, Mac and Linux.